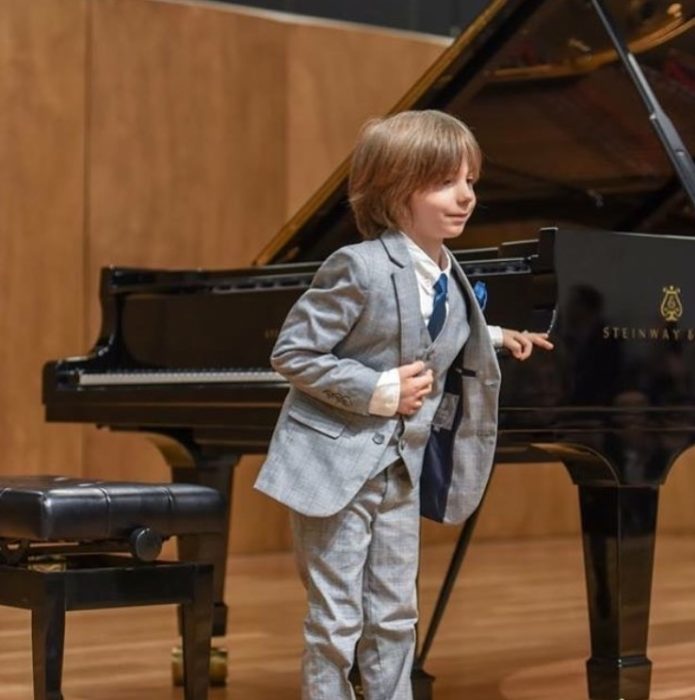 Stelios Kerasidis, the 6-year-old Greek pianist who has stunned the world with his talent, recently composed a moving song which he dedicated to his beloved sister.
Apart from his talent in playing the piano, which he began to play at the age of three, young Stelios is now an unbelievably gifted composer as well.
His passion for music and his love for his older sister led Stelios to compose a song all by himself, which he dubbed ”Veronica”, his sister’s name.
While playing, his performance becomes increasingly emotional and shows great depth, showing the mature character of this six-year-old musical prodigy. No one listening to him playing piano without seeing him would ever guess that the player is just old enough to have started school.


Last October 31st, Stelios gave an amazing performance at the renowned Carnegie Hall in New York, becoming the youngest Greek musician of all time to play there.
Kerasidis became widely known to the Greek audience after his participation in the television show ”Greece’s Got Talent”, where he amazed both the judges and the audience.
Since then, an entire nation has been following him and watching the progression of his preternatural talent.