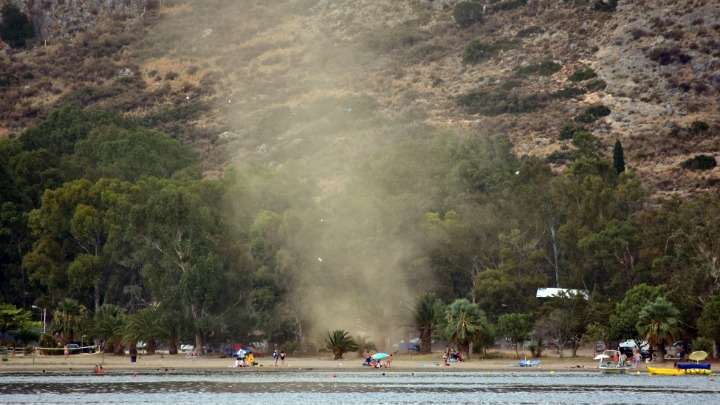 The National Observatory of Athens weather service Meteo revealed on Friday that here were a total of 107 tornadoes in Greece during 2018, three of which caused significant damage in Halkidiki and Crete.
Meteo reported eight whirlwinds (a vortex occurring on land) and 99 waterspouts (a vortex over a body of water) during last year. By comparison, there were a total of 145 vortices in Greece in 2017 but only 84 in 2016.
According to Meteo, both the total number of vortices and the number of strong whirlwinds capable of causing damage were near the average for the last decade in Greece.
The weather service also noted that the total number was most likely underestimated, due to their short duration. This is also the case because the only sources of information on the phenomenon arepublic reports, through smart phones and social media, and weather monitoring cameras.
The weather services said that 63 percent of reports in 2017 and approximately half of reports in 2018 came from Facebook and Twitter users.
Meteo also noted that very rarely, and in unusual weather conditions, it is possible for large numbers of waterspouts to form in a short space of time. This happened in Corfu on January 21, 2018 when 32 waterspouts were reported in the span of two hours.