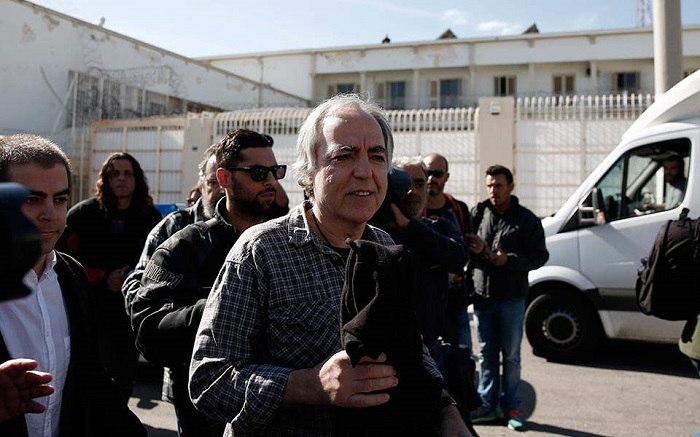 Dimitris Koufodinas, the infamous and unrepentant killer who was a hitman for the disbanded terrorist group November 17, was spotted taking a stroll in the streets of Athens on Wednesday.
The hitman, who has was granted another 6-day furlough on December 28th, the sixth in the last 12 months, was photographed walking towards Syntagma Square opposite the Greek parliament building.
Iefimerida.gr, which published the exclusive photo, reports that he was accompanied by his son and at least three other supporters. 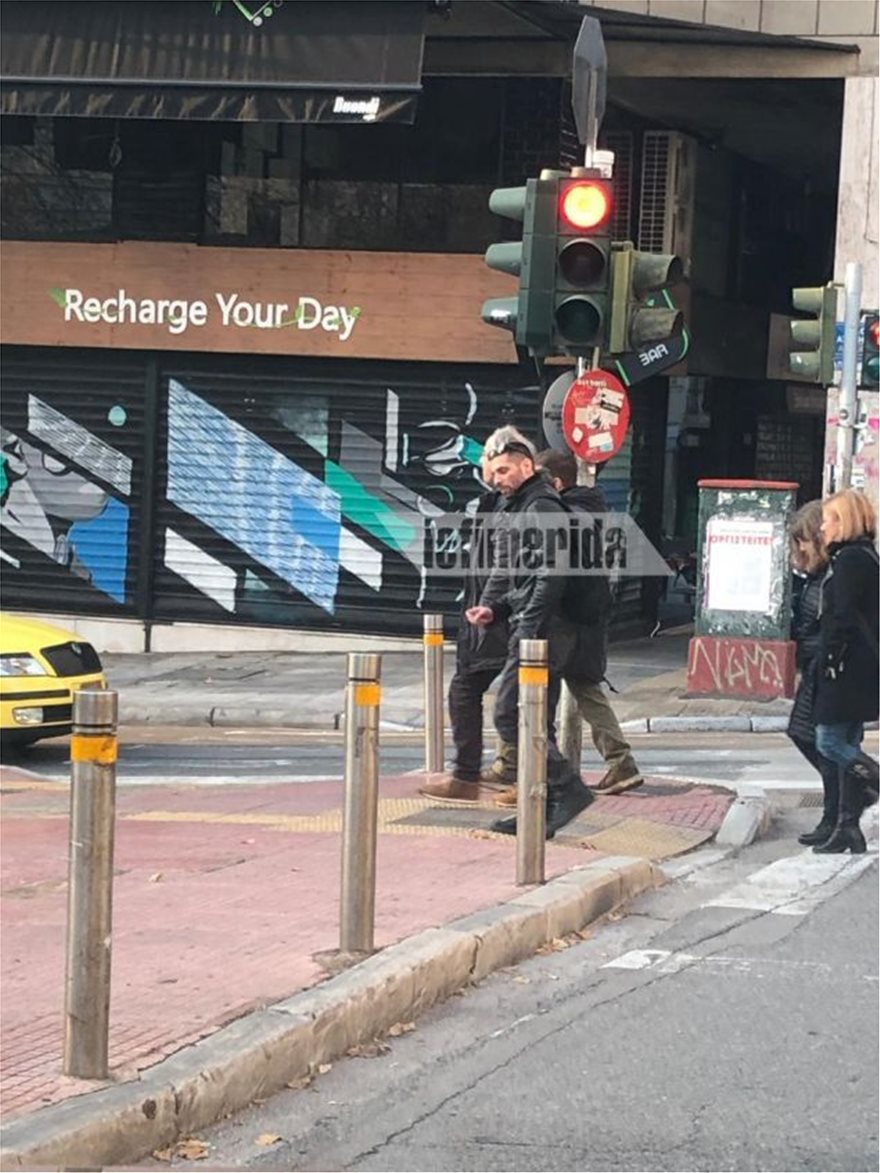 Koufodinas’ previous furloughs had been granted from the high-security Athens penitentiary Korydallos. In August of 2018, the convicted terrorist was transferred to the Volos Agricultural Prison, an open-air prison which operates as an agricultural facility with only light restrictions for prisoners.
His holiday season leave was the first granted from the Volos facility.
Koufodinas is currently serving a number of life sentences for crimes which include murder. The November 17 terrorist group was formed in 1975, and it is believed that it was disbanded only in 2002, after the arrest and trial of a number of its members.
The group assassinated at least 23 people in 103 separate attacks. Some of the victims were targeted because they were American, British, or Turkish, but many more were random victims, innocent bystanders when the bombings occurred.
Opposition politicians in Greece, as well as the governments of the U.S.A, the U.K. and Turkey, have repeatedly condemned the decisions by Greek prison authorities to grant repeated furloughs to the convicted killer.