Andreas Ignatiou: What It Takes to Work Your Way Up in Hollywood 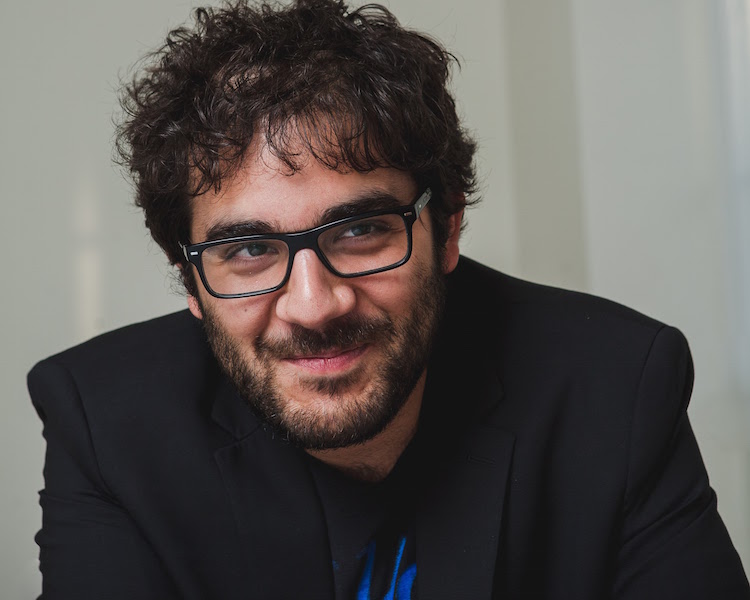 Andreas Ignatiou is a hard-working up-and-comer in production and development. Completing his first feature, we decided to talk to him about his experiences in Hollywood and find out what it takes to make it in the industry. The son of journalist Michael Ignatiou, and Dody Tsiantar, Professor of Journalism at Columbia University, Andreas has been working in production companies and on sets in Los Angeles for years. From what it takes to get your foot in the door, to all the odd jobs one has to work to gain experience, to what it’s like to work on the set of “La La Land”, Andreas gave us great insight and useful advice for those dreaming of a job in the world of film.

Talk to us about your interest in and background in film. What drew you to film & TV?
I have always been drawn to the way stories were told, and the visual component really spoke to me from the get-go—and my interest in film began when I was very young. Growing up, my mother worked late on Fridays and my father and I would go to dinner and a movie together. We used to see everything under the sun and as I got older, I realized that not only were the movies something I truly lost myself in, but it was also about the experience of settling in inside a dark room with people you didn’t know to watch a story unfold. And for those two hours, nothing else existed except for the story unfolding on that massive screen before you. I quickly realized that I wanted to tell these stories too. I wanted to be the one who commanded those strangers in the dark room’s attention for those two hours.

How did you get your start in the industry?
I guess I technically got my start when I decided to go to film school, but what really kicked it into high gear was my senior year of college. Emerson College, where I went, had this really amazing component where they offered a sort of study-abroad program which sent us to Los Angeles for our final semester, to essentially get a feel for the business from the ground up. I had an internship at New Regency Studios and that was my first exposure to the business side of this creative industry. Working in an environment that’s all about what goes into actually making the movies we love is something that has a tendency to alienate a lot of people who enter the industry from a creative perspective, as the development side is not nearly as glamorous as what many believe. I, on the other hand, loved it and realized that it was something I absolutely wanted to pursue. Since then I, like most everyone else getting started in this industry, have held a multitude of different positions in the process, from development assistant at an upstart to location representative, but it’s all part of the journey.

What motivated you to move to LA?
My move here was definitely motivated by a certain post-college restlessness. After the stint in LA, I went back to Boston to graduate — it was June 2012 — and then found myself living at home in New York for the summer. Finally, the thought sunk in: it was now or never. I took the plunge and came out here with nothing official lined up and said, now’s the time to immerse myself in the town that lives and breathes the movie business. I’ve been here ever since.

What’s the best experience you’ve had so far in Hollywood?
The best experience I’ve had so far is a tricky question because two come to mind. First, being a production assistant on “La La Land” was a trip. It’s funny because a production assistant position is as far from Hollywood glamorous as it could be, but just being exposed to a set as high octane and filled to the brim with vision and talent as that was made it an experience that I won’t ever forget. But the most fulfilling, though, would have to be producing my first film called “This Is My Year” (shameless plug, it’s available on iTunes, Amazon, and Vudu now). We made it for next to nothing, but the team I worked with was made up of absolutely the best people. We’d done a few shorts before this, but this project was born out of a desire to put our talents to use. It was a thrill to put it together, watch it form and unleash it on the world.

What would you say are the biggest challenges to getting your start in the entertainment industry? What are some unexpected challenges people may not know about?
The biggest challenge is growing a thick skin, both in the sense of being able to take a certain level of brusque industry hazing so to speak, but also, gaining the courage to keep plowing on when it looks like you’ve hit a wall. This is not an easy business, but persistence is key. Not only in the idea that you need to keep trying, but you need to work up the willpower to maintain that spark within you. That’s the reason you try to get into this industry to begin with. It has to be born out of passion and you can’t ever let yourself lose that, even if it feels hopeless. The last time I felt that hopelessness, I ended up producing a no-budget movie that managed to get distribution. Don’t give up.

Talk to us a little about your connection to Greece. Do you go back often?
My connection to Greece is pretty strong. We spoke Greek in my household and I never felt detached from the country, mostly because of the persistence of my parents to show me what being Greek is. They made me learn the language from the get-go and for that I’ll forever be thankful. It’s more than just living there, which I never have for more than a summer; it’s also understanding and feeling the culture. A lot of Greeks in the US have lost their sense of Greekness and it truly makes me sad, yet for me, I’ve never felt anything other than Greek. I try and go back as often as I can. I still make a point of watching Greek movies and listening to Greek music. It’s a frame of mind that has given me a different, more balanced outlook on life in general. It isn’t something to be afraid of, on the contrary, I am absolutely proud of it and being a Greek-American most definitely does not make you a lesser Greek.

Who would be your ideal director or producer to work with?
Wow, this is a loaded question. Having grown up in New York, the stereotypical answer here would be Martin Scorsese on the director front without a doubt and I have to stand by that choice. On the producer front, it would be Jason Blum. The way he has approached making movies is truly innovative. His model is unbeatable and of course, they aren’t all winners, but he’s taken more calculated risks than any producer working today. While he’s funding a sequel to a beloved horror classic like 2018’s “Halloween,” he’ll also turn around and hand over a small budget to a bunch of up-and-comers in order to see what they’ll come up with. Hollywood on a much wider scale could really learn from this approach.

What are your aspirations and plans for the future?
My ultimate goal is still to write and direct my own stories, but this is a far-out goal. Currently, I find myself working at a new company, York Films, that I believe will really be going places. It’s giving me the opportunity to really dive in and help make some movies happen.

Check out Andreas’ film, “This Is My Year,” streaming now on Amazon.