By Tasos Kokkinidis
December 4, 2018
Facebook
Twitter
WhatsApp
Linkedin
Email
A Greek scientist has designed a new electric autonomous car that he says will be ideal for tourists who want to explore beautiful places without the hassle of driving. 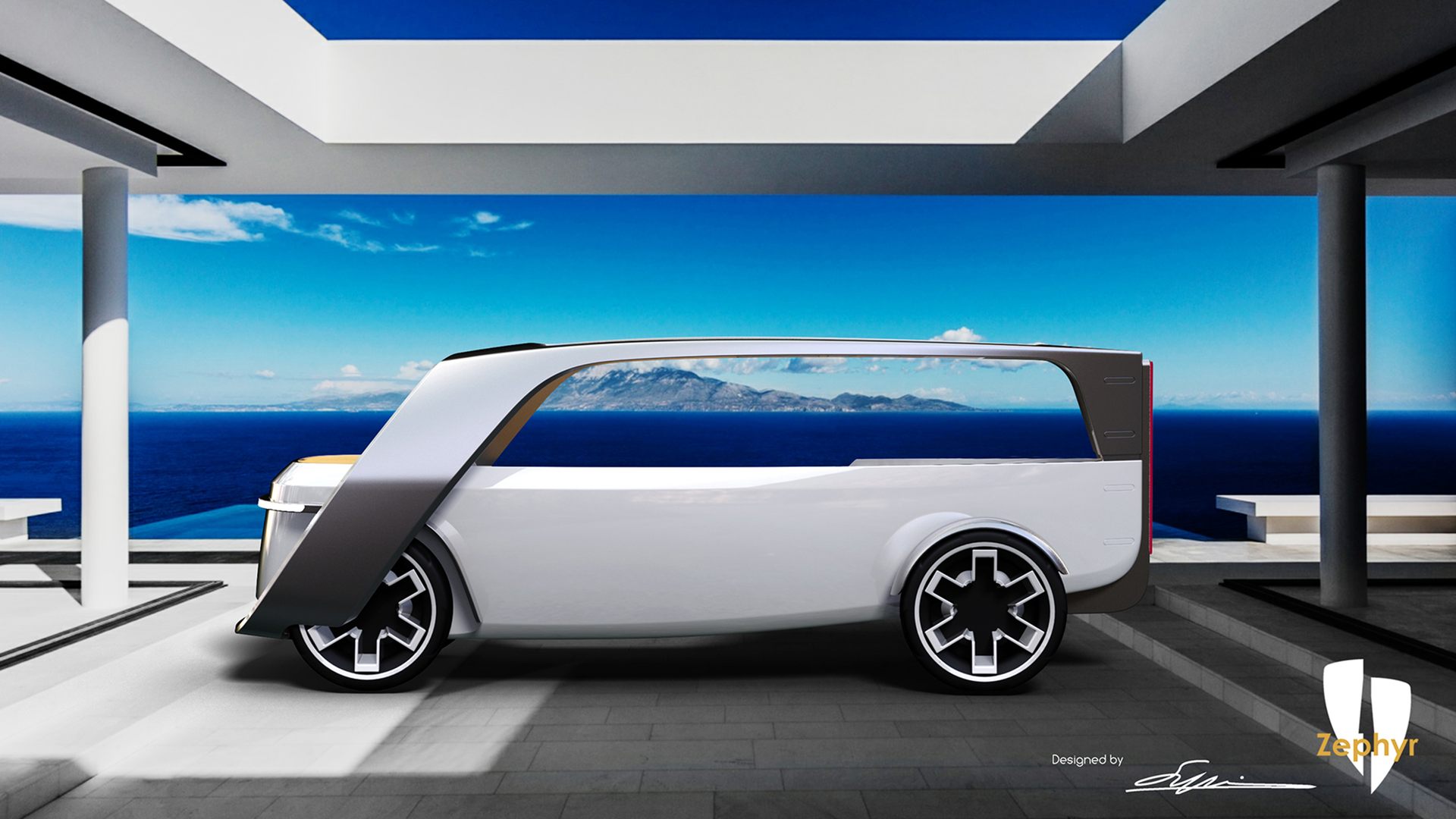 Stavros Mavrakis, who studied Architecture at the National Technical University of Athens and Car Design at the Royal College of Art in London, has created a vehicle named “Zephyr” through digital imaging.
A piece of “mobile architecture” according to its creator, Zephyr would allow its passengers to look at the scenery instead of focusing on driving. Mavrakis designed the car with the spiraling and difficult roads in places such as the Aegean islands in mind. 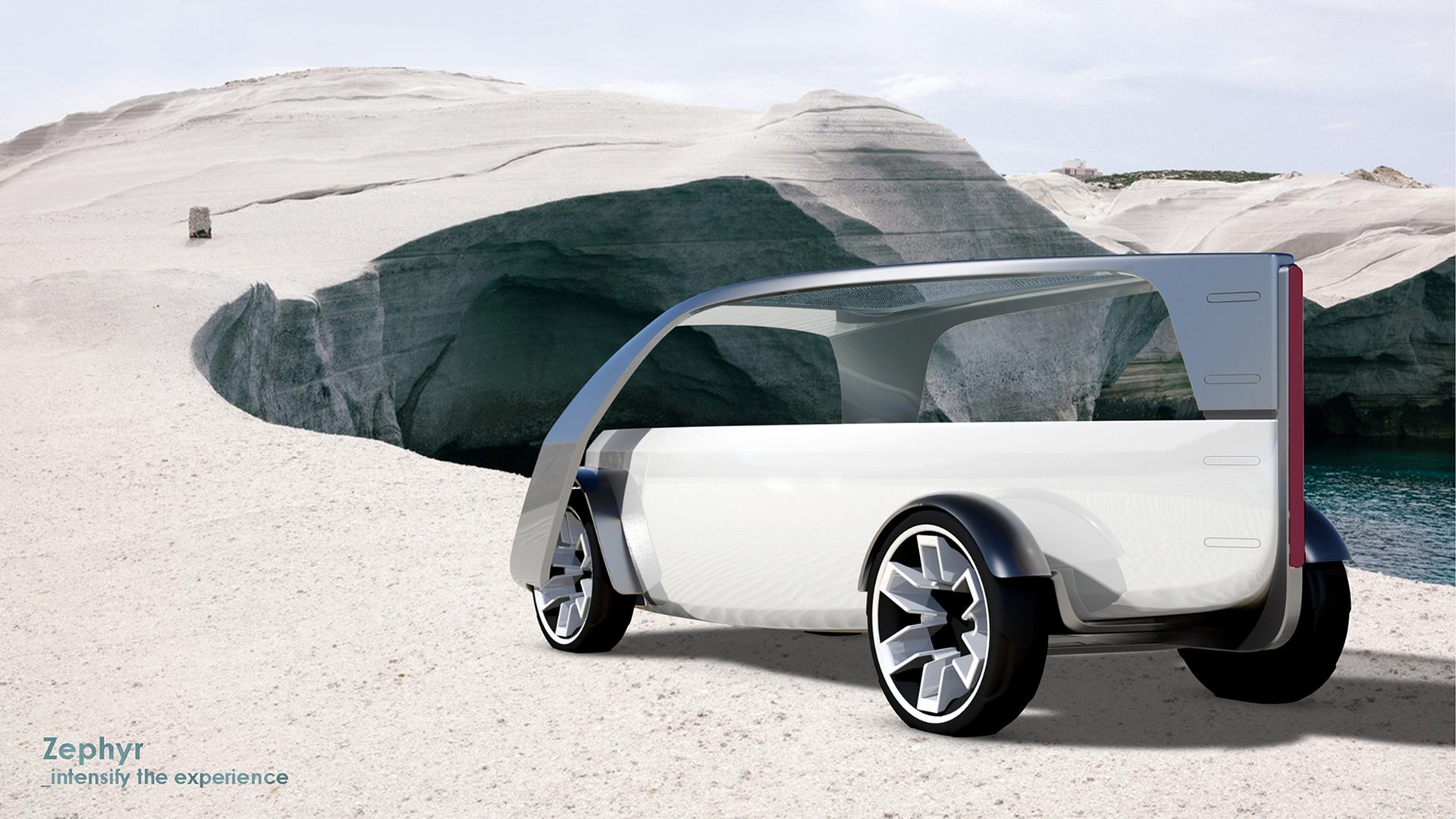 Mavrakis says the Zephyr, which he considers a vehicle for the 2030’s, is a sustainable car which aims to bring back the concept of “exploration” to humans.
The vehicle enables the user to have a genuine experience, freed from unnecessary operations such as driving, he adds. There is only one touchscreen, located on the passenger side, which is used to operate the car. 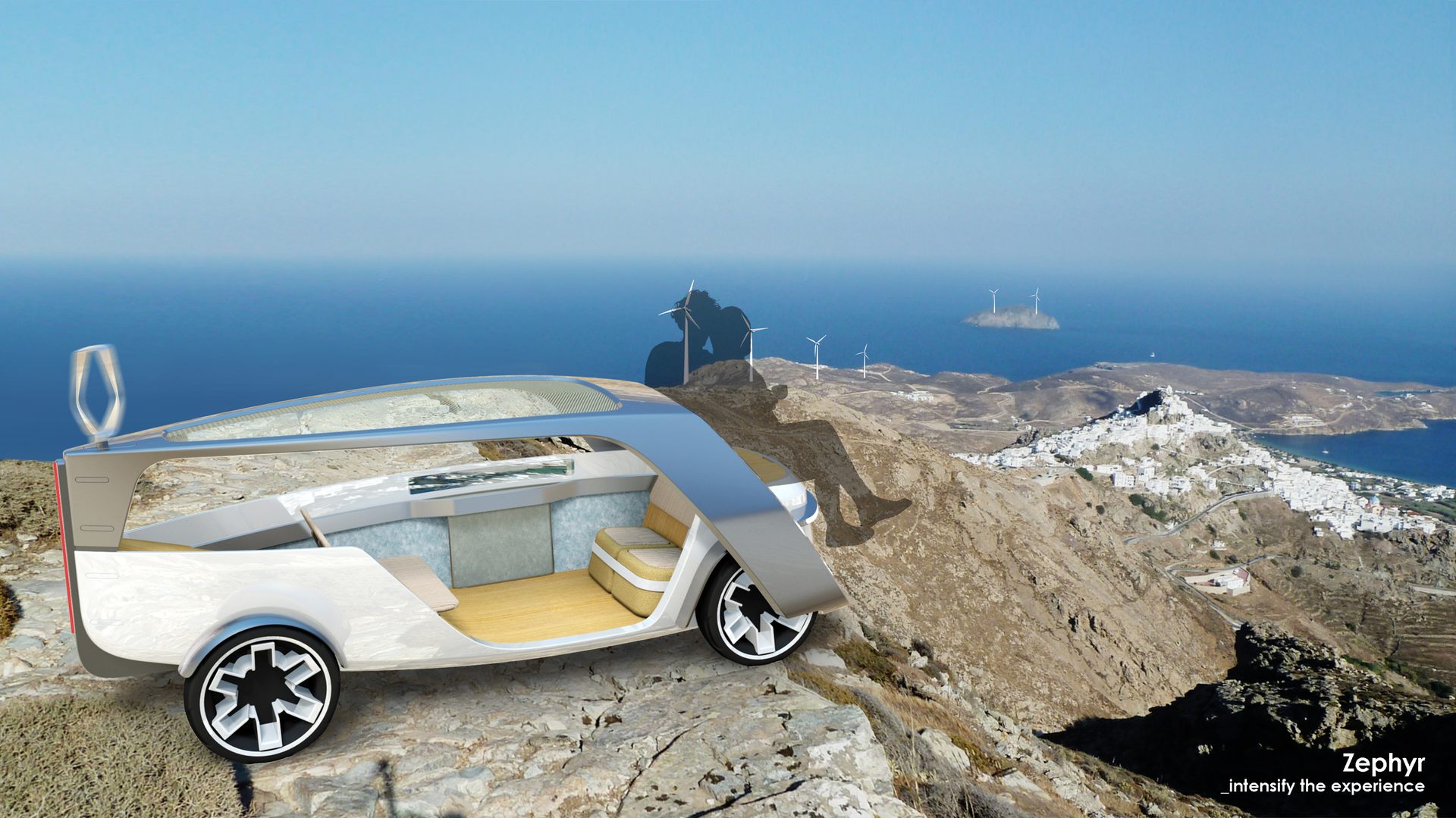 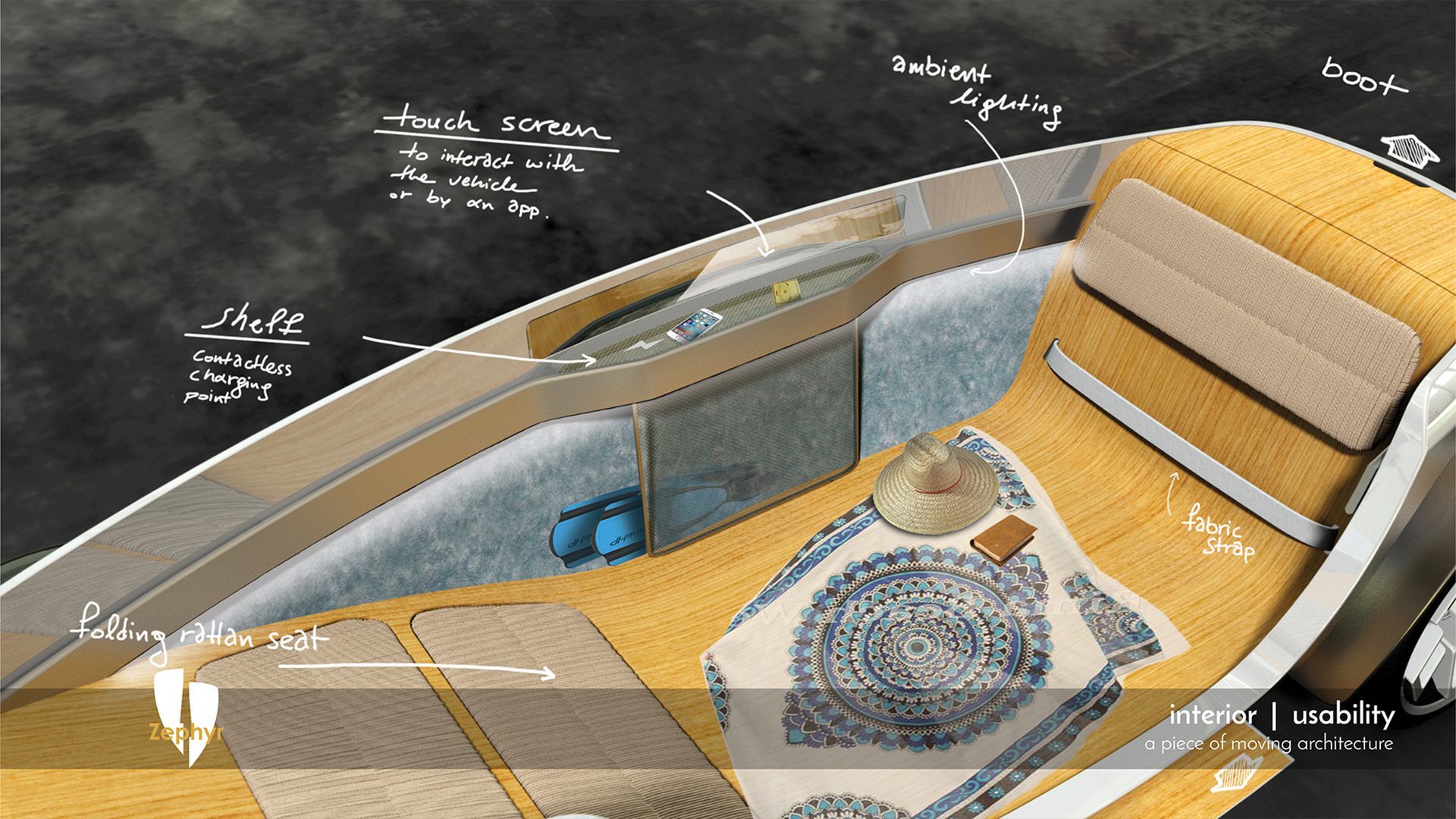 The “cabin” floor consists of a single wooden surface that comes to a point like the bow of a ship. The passenger seats may be converted into deck chairs, or completely removed so that they can be used as beach chairs. 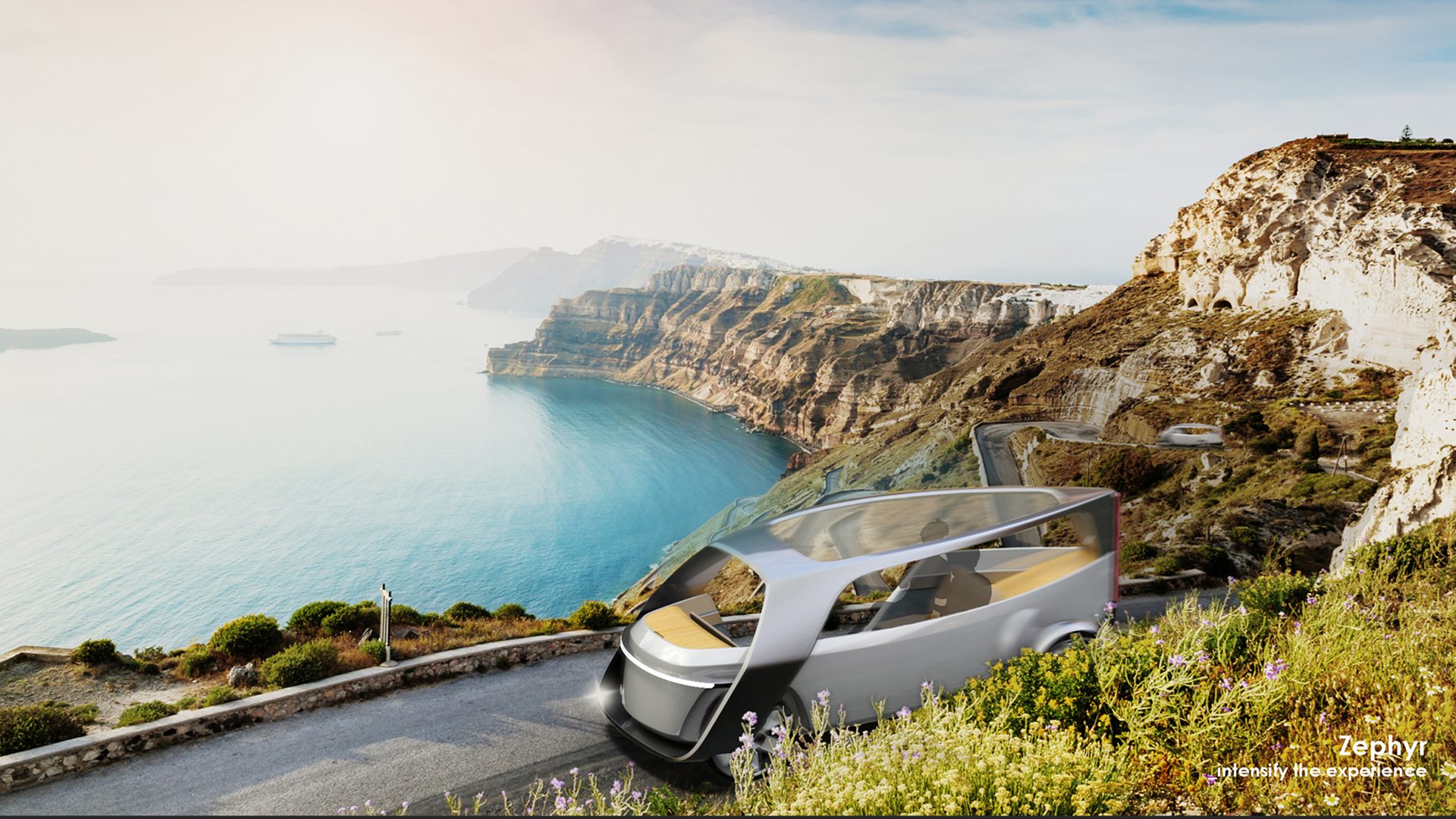 The vehicle is completely environmentally friendly. It has an electric motor which can be charged either from a conventional socket or from wind energy, thanks to a wind turbine extending from its back.
According to Greek mythology, Zephyr was the god of the western wind.
“I wanted to develop a project that would challenge traditional car design. It is a piece of mobile architecture and not just a means of transport. It helps the traveler enjoy the most of the place he visits,” Mavrakis says.