GRNews
GreekReporter.comGreeceFormer French President: Grexit Threat was Not a Bluff

Former French President: Grexit Threat was Not a Bluff 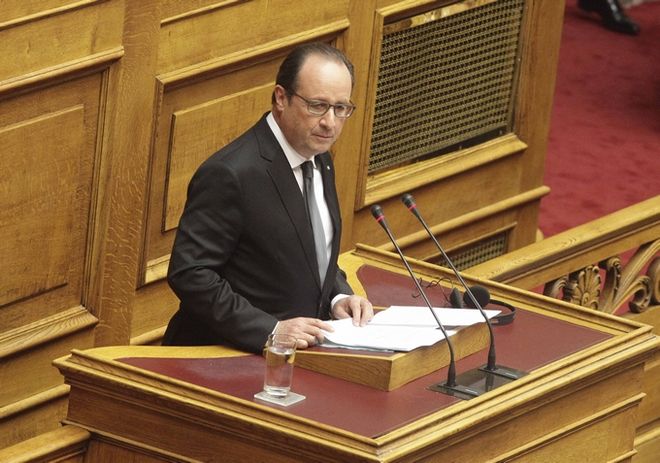 The Grexit threat in July 2015 was not a bluff, said former French president Francois Hollande, speaking about the crucial negotiations before the agreement was made on Greece’s third bailout program.
In an interview with the Sunday edition of Kathimerini, Hollande noted that Greece was close to exiting the euro zone in the summer of 2015, and he emphasized the pivotal role of German Chancellor Angela Merkel in averting the crisis, as well as his own contribution to the final agreement.
“I was the one insisting on a search for a solution, but without Angela Merkel’s consent all my efforts would have been in vain,” Hollande said.
The former French president said that he advised Greek Prime Minister Alexis Tsipras to cooperate with Greece’s creditors, stating “I encouraged him to cooperate with the European institutions and Mrs. Merkel.”
Asked how close Greece came to a Grexit on July 12-13 of that year, Hollande replied that “The task of the European Commission and the European Central Bank was to prepare this option, but nothing has ever been specifically mentioned in the European Council. I did not want to look at this possibility… because looking at it meant we should accept it”, adding, “My argument was to convince our partners that the exit of Greece was not just a problem for Greece but for all of Europe.”
However, Hollande stated that after the July 5, 2015 referendum, Germany started examining the Grexit issue seriously and proposed it as a Plan B, in case negotiations failed. The former French president also said that then-U.S. -President Barack Obama “pressed hard” for a breakthrough.