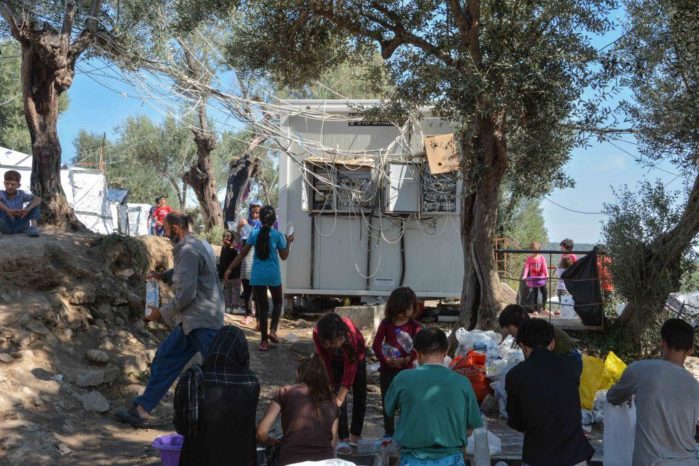 Council of Europe Commissioner for Human Rights Dunja Mijatović has released a harsh report about the harsh reality and the lack of social support that most unaccompanied migrant children are experiencing in Greece’s so-called migrant hotspots.
The Commissioner recorded her conclusions after meeting with refugee-related agencies in Greece last June. Miyatovic visited the Moria migrant camp and, in her report, described witnessing the poor living conditions of thousands of people. She likened the situation at the camp to a volcano that could explode at any time.
Her report characteristically mentions that the refugees in Moria—especially children—have to wait for hours to drink water, while the average time of waiting to use the restroom exceeds thirty minutes.
Despite acknowledging the admirable efforts made by the Greek people and national authorities to provide food and shelter to the migrants, the conditions in the camps remain critical, especially on the islands.
“Greece should take urgent steps and adopt long-term policies to improve the reception and integration of migrants and to reverse the adverse effects of austerity measures on access to health care and education,” Miyatovic mentions in her report.


The commissioner also appeared to be concerned about the numerous cases of rape and sexual harassment reported by migrants, and called upon the Greek government to immediately address the issue.