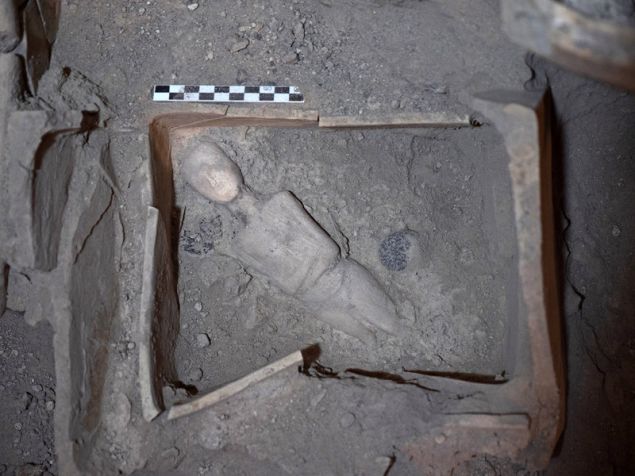 The ongoing research in Akrotiri on Santorini gradually has revealed a place of rituals, very close to Xesti 3, an important public building with rich fresco decorations on the southern boundary of the settlement.
According to archaeologists, the excavation finds are undoubtedly related to the perceptions and beliefs of the ancient society of Thera — as is the official name of Santorini — and generate essential questions about the ideology and possibly the religion of that prehistoric Aegean society. 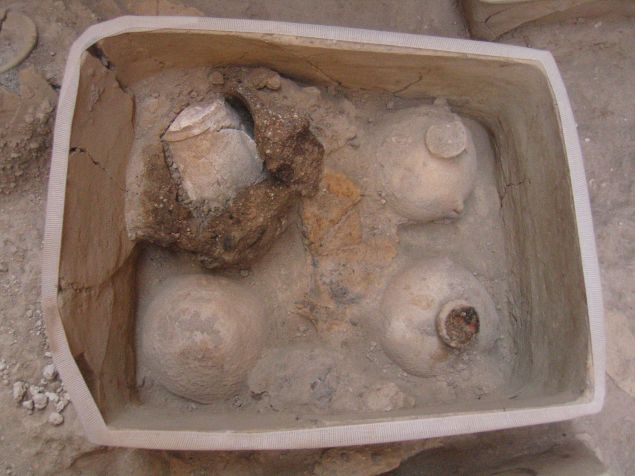 According to a statement by the Ministry of Culture, during the ongoing excavations in Akrotiri, Thera, the findings have brought new valuable information to light. The project is being executed under the aegis of the Archaeological Society of Athens and the direction of Professor Emeritus Christos Doumas, with a sponsorship by the Kaspesky Lab.
In the interior of an important building, probably a public building known by the conventional name “House of the Thrania” — where the famous golden goat was found in 1999, now exhibited at the Museum of Prehistoric Thera — a clay urn was found, next to a set of horns. There are also several amphorae and small rectangular clay shrines. 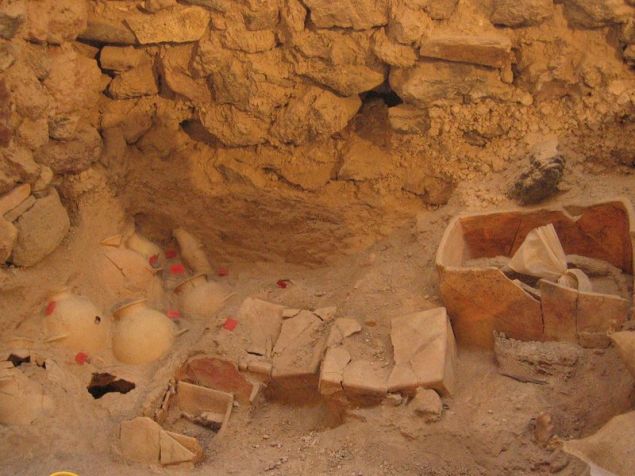 After the gradual revelation and cleaning of a small shrine in the NW corner of the area, archaeologists found a marble protocycladic female figurine placed diagonally in the bottom of the clay shrine.
From the group of clay shrines found in the SE corner of the site, three were fully recovered containing oval clay vessels and two marble pre-Cycladic vessels, a marble vessel and an alabaster vessel. 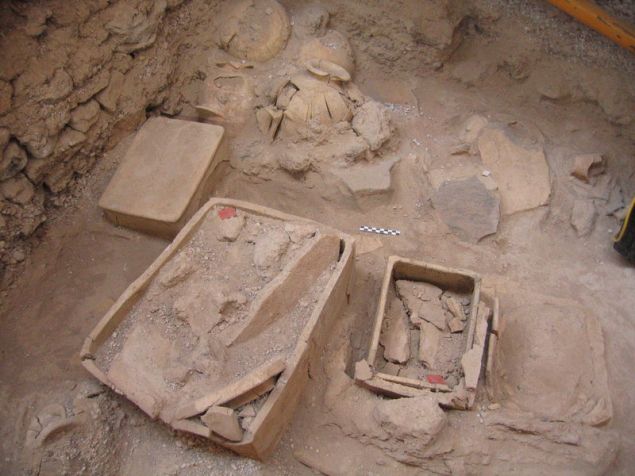