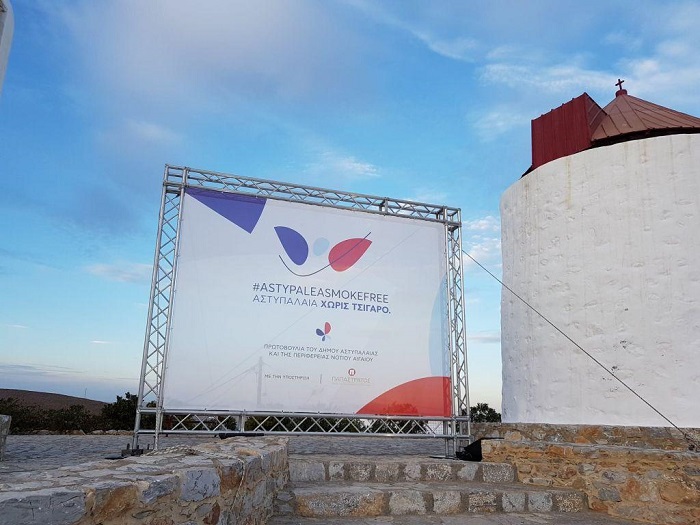 The island of Astypalea, in the Dodecanese, has set the ambitious task of becoming the first Greek island that is “smoke-free”.
In a country where smoking is widespread, the local authority announced plans to run the campaign of “Astypalea without cigarettes” with the help of an unlikely partner: The Papastratos tobacco company, a subsidiary of Philip Morris, that has redesigned its global strategy and set up a goal to replace cigarettes with smoke-free products.
The campaign will not policed, but it will rely on the good-will of residents and tourists alike, says Mayor of Astypalea Panormitis Kontaratos.
“We prefer to rely on everyone’s philotimo and not on the implementation of police measures. After all, the latter have not brought any significant results in Greece. All our efforts will focus on information and awareness,” says Kontaratos.
“The first step is to produce a measurable and tangible result. So we can be able to say that Astypalea became an island free from tobacco and cigarette. Of course, we will then seek to evaluate and certify this measurable outcome by domestic and international organizations,” Kontaratos says.
The mayor insists that the island will not become hostile to smokers. “Smokers are not unwelcome on the island, but we hope that if they stay in a smoke-free place and receive the appropriate stimuli, it may become starting point of trying to get rid of the habit.”