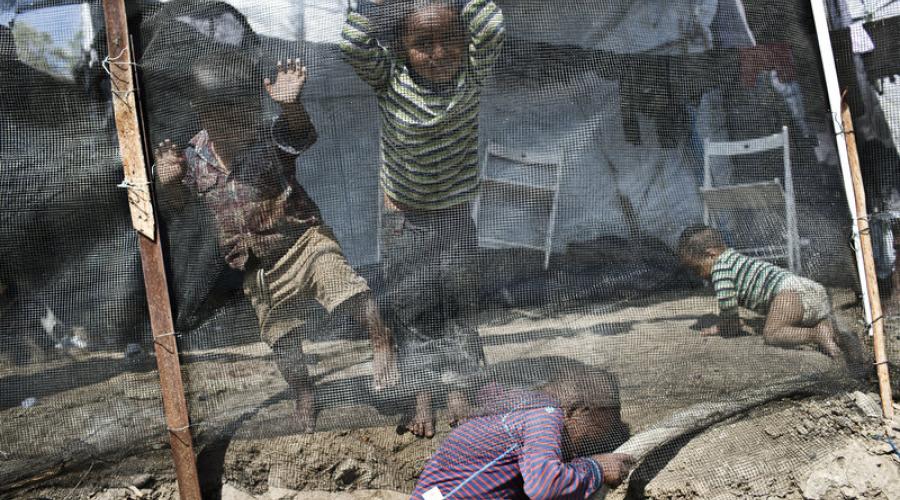 Greek authorities must remove children and other vulnerable groups from the Moria refugee camp on Lesvos as their physical and mental health is in danger, the Medecins Sans Frontieres (MSF) aid agency said on Monday.
A total 615 migrants arrived on Lesvos island in the past three days, local authorities say, adding to the already overcrowded Moria migrant registration center and making living conditions hazardous to public health. The MSF suggests that at least the vulnerable groups (children, elderly, ill) must me moved to the mainland.
Overall, there are 11,000 asylum seekers on Lesvos at the moment, with 9,000 of them at the Moria camp.
The policy of over-concentrating migrants and refugees in the Greek islands has led to more than 9,000 people — one third of them children — to be packed in the Moria camp, which has a maximum capacity of 3,000 people, MSF says.
“Every week, Medecins Sans Frontieres teams see incidents of adolescents who have attempted suicide or make self-inflicted wounds. They also offer help in serious incidents of violence and self-harm. The lack of access to emergency medical care shows the significant gaps in the protection of children and other vulnerable groups,” the aid agency statement says.
“This is the third year that MSF has been calling on the Greek authorities and the EU to take responsibility for their collective failures. It is time to immediately evacuate the most vulnerable to safe accommodation in other European countries,” the statement further says.
In the first two weeks in September, about 1,500 migrants arrived on Lesvos. As a result, the living conditions in the Moria camp have become squalid. There is a shortage of tents, food, and medicine.