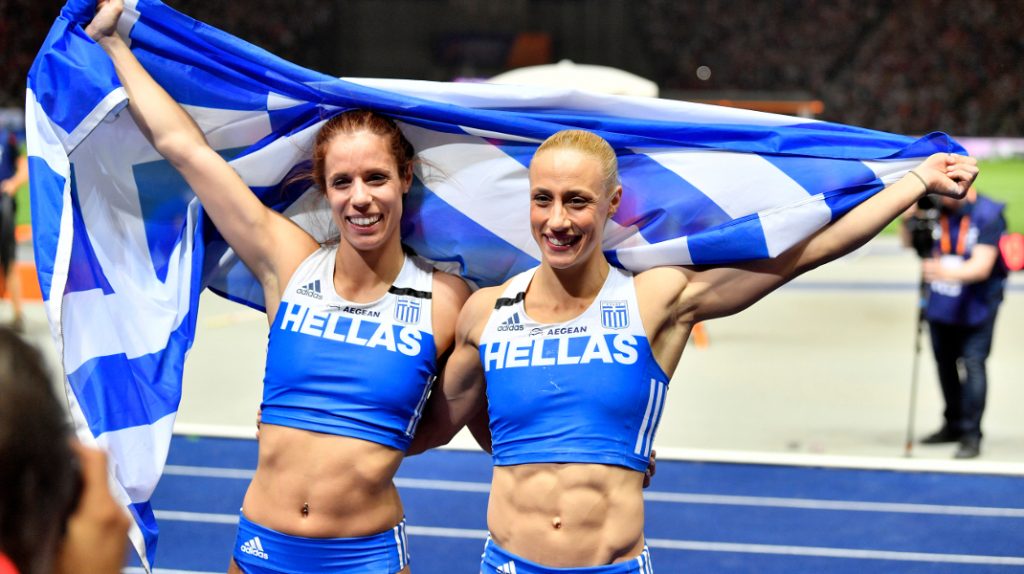 Greece’s athletes set new records at the Women’s Pole Vault final at the European Athletics Championship which took place in Berlin on Thursday.
This was the first time that two Greek athletes got first and second place in the same sport in championship history.
Katerina Stefanidi and Nikoleta Kyriakopoulou took home gold and silver, respectively.
The two athletes went toe-to-toe for first place with both scoring a high score of 4.80.
Stefanidi, who holds the pole vault European, title missed her first attempt of a 4.85 meters jump to break ahead of Kyriakopoulou to take first place. Her second attempt she succeeded, setting a new championship record of 4.85 meters.
Scoring her season best, Kyriakopoulou took silver with her 4.80 meters jump.
Eleni Polak also represented Greece in Women’s Pole Vault final, but did not take home a metal.
This was the first time that three athletes in the same sports category represented Greece in a final.
Greece’s political world congratulated the two athletes for their impressive performance and the titles they brought to the country.
“The Greek successes in the European Championship in athletics bring a smile to the lips of all of us. Thank you Katerina Stefanidi and Nikoleta Kyriakopoulou,” Prime Minister Alexis Tsipras wrote on Twitter.
President of the Republic Prokopis Pavlopoulos issued a statement congratulating the two women saying that “they set a good example” for Greek youths.
“Congratulations to our girls for lifting Greece to the top! Where it deserves to be! You made us proud again!” Main opposition leader Kyriakos Mitsotakis wrote on Twitter.