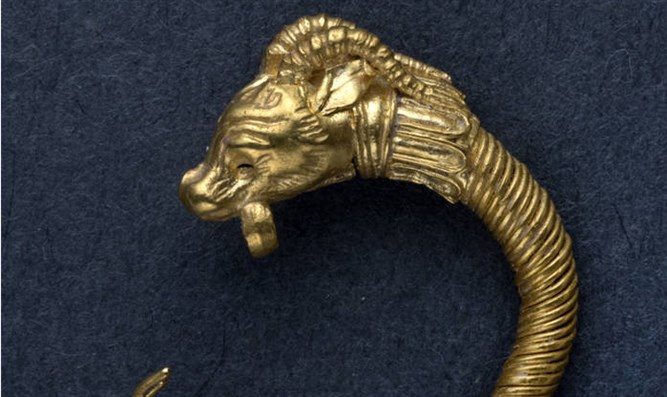 An ancient Greek gold earring found last year in Jerusalem has been revealed by the Israeli authorities.

The jewellery, around 2,000 years old and fashioned to look like a horned animal, was finally unveiled by the Israel Antiquities Authority on Wednesday.

In a report by AFP, it was claimed the find was not publicized earlier as experts needed time to examine the item.

According to an IAA statement: “It is unclear whether the gold earring was worn by a man or a woman, nor do we know their cultural or religious identity, but we can say for certain that whoever wore this earring definitely belonged to Jerusalem’s upper class.”