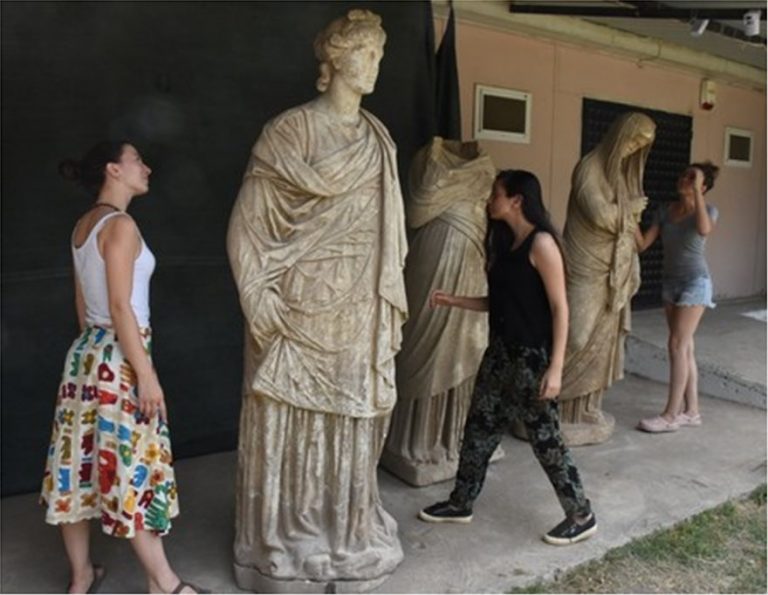 Over the weekend, six ancient Greek statues dating back some 2,000 years were discovered during excavations at the ancient Greek city of Magnesia, which is located in the current-day Aydin province of Turkey.

The statues, four depicting females, one depicting a male and one with its gender unknown, were found intact and in good condition.

They were discovered face-down in the ruins of a temple dedicated to Artemis.

The excavations at the ancient Greek city of Magnesia have been ongoing since 1984.

Thus far, more than 50 statues have been unearthed at the site and excavations are set to continue at the site.