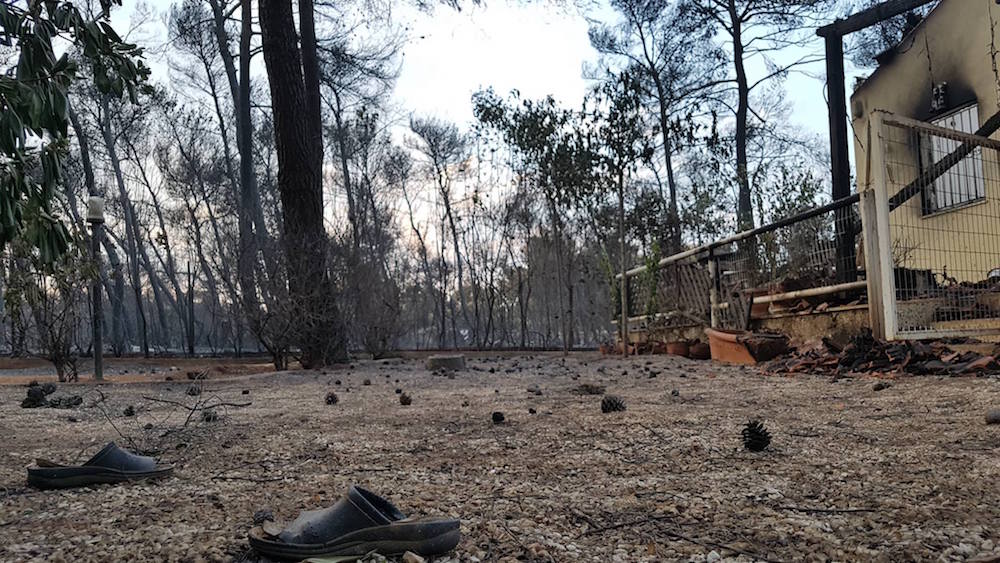 A report from the Hellenic Fire Department Arson Agency (DAEE) suggests that the cause of fires that started north of Mati, was negligence, despite claims of arson by government officials.
The report followed comments on Thursday by Deputy Citizen Protection Minister Nikos Toskas, who said there were “indications” the fire was the result of arson.
However, DAEE said that the fires on Daou Penteli, north of Mati, where the wildfires started and then descended to seaside Mati, showed that they probably began due to the negligence of a private individual, most likely a resident of the area, who started a fire to burn dead wood and branches.
According to a Kathimerini report, a source said the identity of the individual is reportedly known to authorities.
The same source said that the suspect sought to cover up the evidence of the fire he set by covering the area he burnt with stones and using large quantities of water to wash away the remnants of the wood and branches.
The investigation also indicated that two separate fires which started on Monday night on a rural road in nearby Nea Makri showed evidence that deliberate arson was involved. Witnesses reportedly said they saw an individual starting two fires on the road.