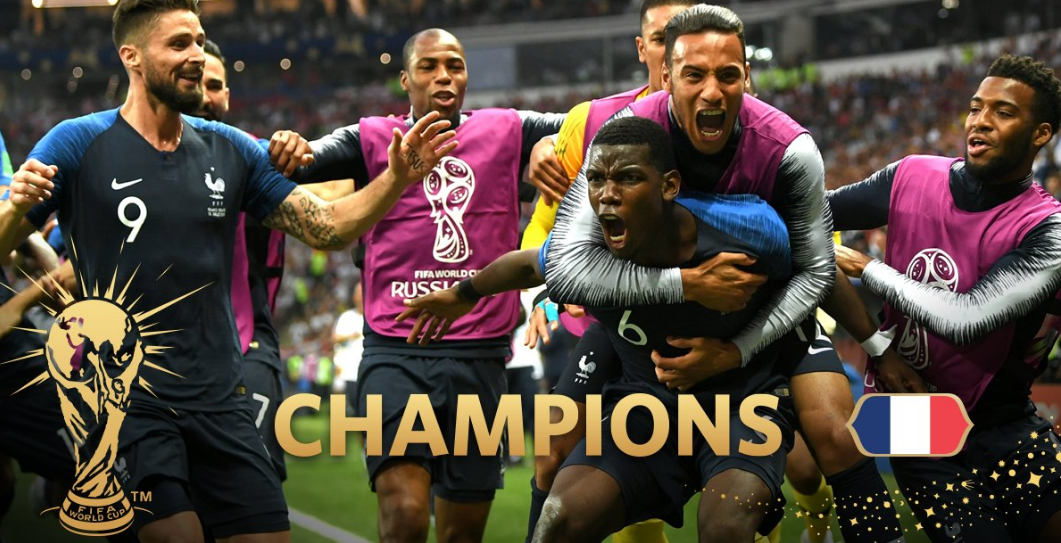 France overcame a determined Croatia 4-2 to lift the Jules Rimet trophy at the Luzhniki Stadium in Moscow on Sunday.

First-time finalists Croatia — fielding an unchanged side for that which defeated England in the semi-final — fought until the end but some bad luck and tired legs saw them come undone against a French side seeking the country’s second World Cup win.

Despite dominating play in the opening part of the first half, Croatia found themselves down by one until winger Ivan Perisic struck in the 29th minute with a strong, left-footed strike.

But Perisic’s heroics didn’t last long and in the 36th minute a video-refereeing decision showed he had handled the ball after Griezmann again whipped it into the Croatian penalty area.

It was Griezmann who stepped up and put away the penalty, giving France a 2-1 lead.

In the second half — amid an on-pitch political protest claimed by Russian dissidents Pussy Riot — Croatia came out strong again, exerting their dominance but were unable to capitalize on the chances created.

France began to disappear into the distance when Paul Pogba scored with his second attempt in the 59th minute.

Croatia showed the spirit of a side that didn’t know when they were beaten with Mandzukic capitalizing on a French goalkeeping error to make the score 4-2. But it was too little too, late and Les Bleus come away from Russia worth winners of the 2018 World Cup.