A move to Italian giant Juventus for Cristiano Ronaldo is expected to be announced soon, but the Portuguese player is currently relaxing in Greece with his girlfriend Georgina Rodriguez.
They are spending some time at the Greek luxury resort of Costa Navarino in the Peloponnese.
Ronaldo flew to Kalamata on a private jet last week and then onward to the resort onboard a helicopter.
Georgina Rodriguez shared a photo of the couple sharing a snack and kissing on her Instagram page. 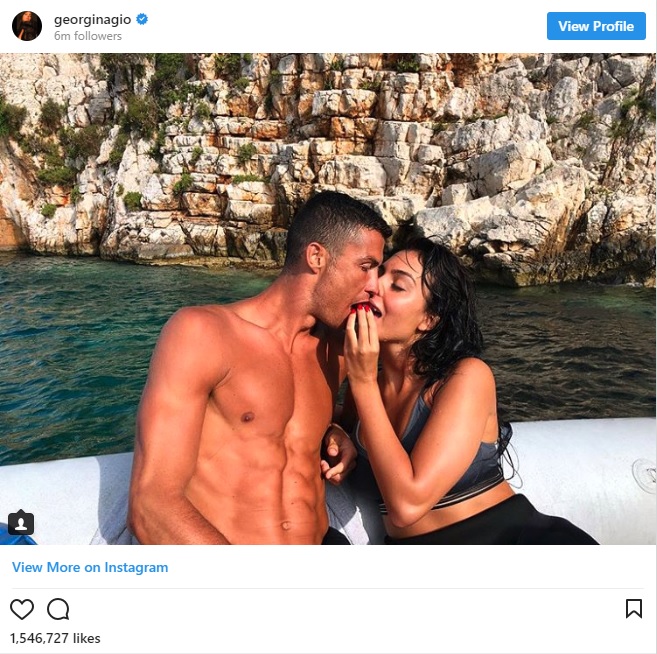 “Summer vibes,” she wrote alongside the image, making clear that the family’s focus right now is to relax and to enjoy the off-season.
Among other pictures shared by Georgina, 24, show the couple and Cristiano Jr, eight, smiling in front of a rocky background while sat on a boat. 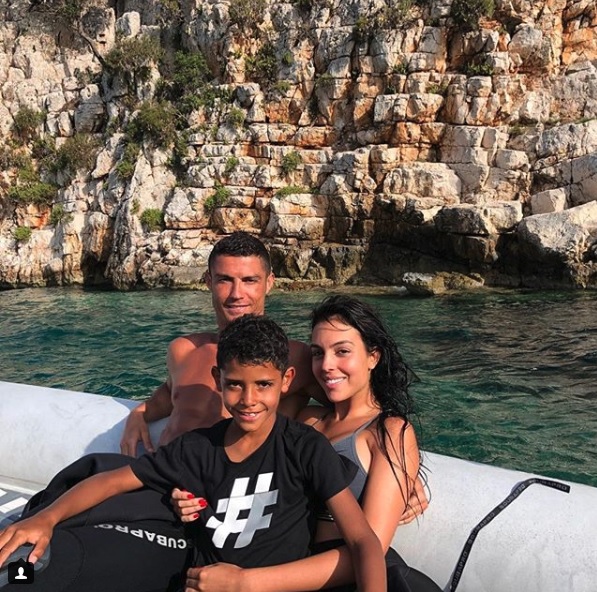 Family and friends sit for dinner at the Greek luxury resort. 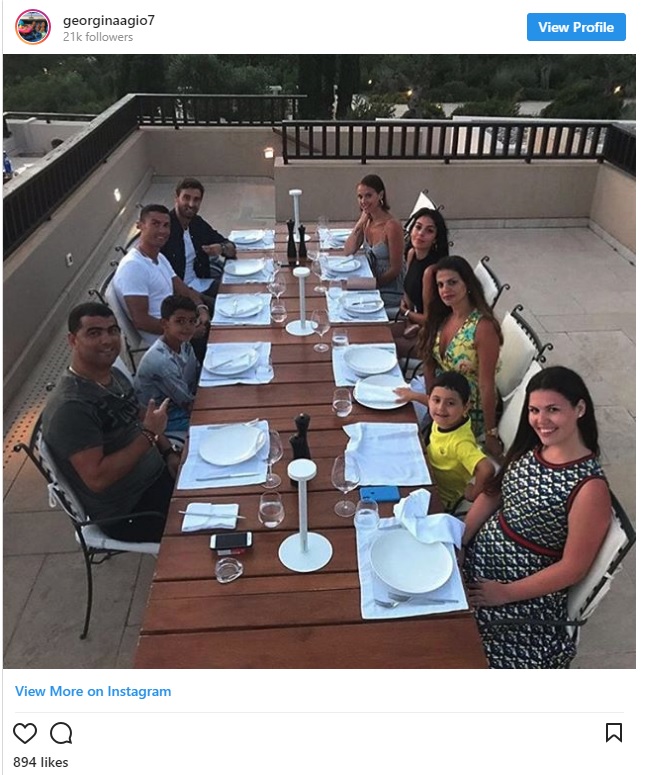 According to reports, Ronaldo’s move to Juventus could be announced any day now — ending his 9-season run with Real Madrid.
The Serie A side are hoping to push through a club-record 100 million euros deal for the 33-year-old, who is set to leave Madrid after nine years at the Bernabeu.
Ronaldo, who is Madrid’s all-time leading goalscorer with 450 to his name, has won two La Liga titles, two Copa del Reys and four Champions League crowns during his time with the club.