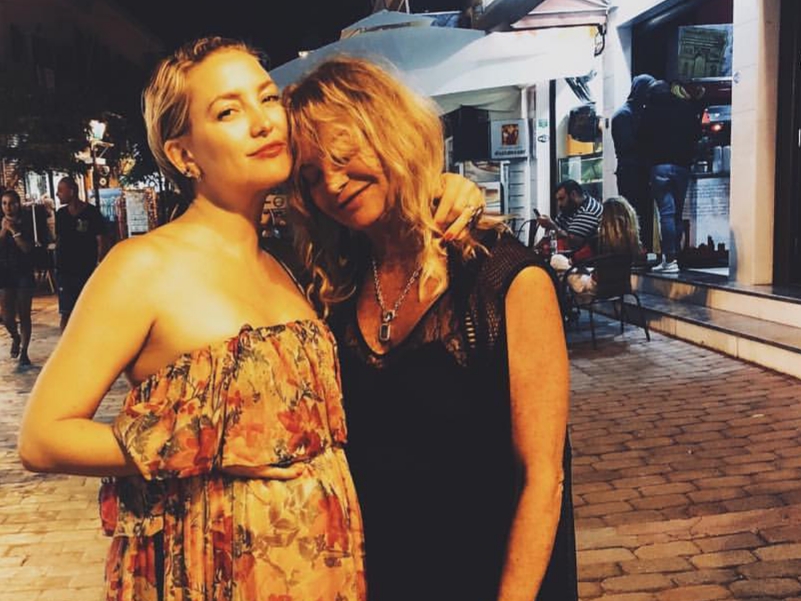 Last last month Hollywood actor Kate Hudson — who’s expecting her third child — shared a photo snapped on the Greek island of Skiathos, showing off her baby bump.
While much of the media followed the Almost Famous and Mother’s Day star, some also snapped the actor’s famous mother — screen veteran Goldie Hawn.
Hawn is no stranger to Greece, having been a regular visitor to the country, especially in summer.
Last year, she and her long-time partner, actor Kurt Russell, arrived on Skiathos, staying at a villa with a view of the Aegean.
The Hollywood stars are regular holiday makers on the island and locals say that both actors were very friendly, down to earth and preferred local food and small traditional tavernas for dinner.
In fact, the couple have been coming to Skiathos for years and clearly love the island and all it has to offer.


It is possible Hawn’s love affair with the Greek island has become a family affair as Hudson too is a return visitor to Skiathos, posting this picture of herself beside the Greek flag in 2016.
Clearly there is something in the sea, or the air which attracts these Hollywood couples, eager to sample a taste of the simple family life on this beautiful island in the blue Aegean.