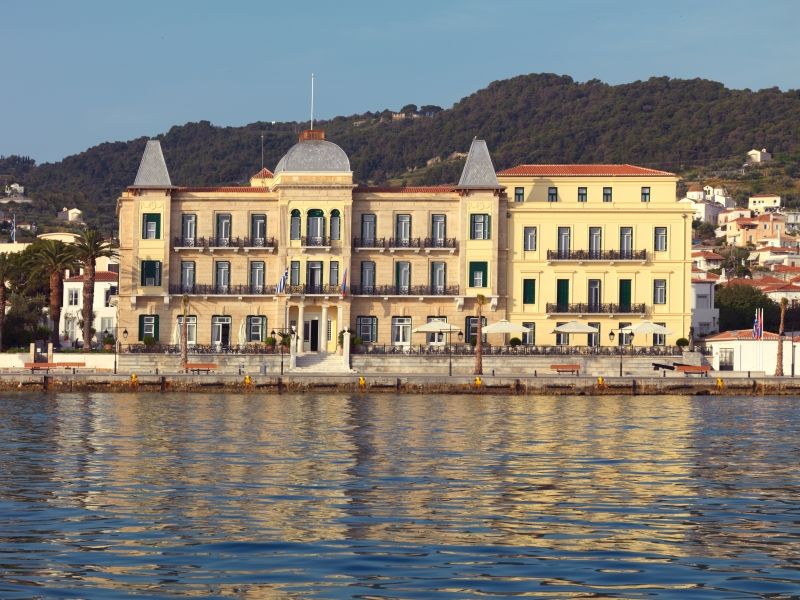 English author Anthony Horowitz set off to discover if the charming Greek island Spetses, lives up to its reputation of being an exceptional and magical Greek experience.
After hearing so much about the luxurious Poseidonion Grand Hotel in Spetses, he decided to take a long weekend with his wife and two close friends to explore the hotel and the island itself.
In his publication for the telegraph.co.uk, Horowitz vividly describes
his first impression of the hotel, as the SeaCat pulled into the harbor of the island.
“It sits in a commanding position next to the harbour and it is truly gorgeous. Opened in 1914 by Sotirios Anargyros, a philanthropist, it resembles a miniature French chateau.”
The novelist goes on to indulge his readers in details of the hotel’s charm, describing it as giving you the feeling that you are in “the home of a very wealthy friend” rather than a hotel with 52 rooms. 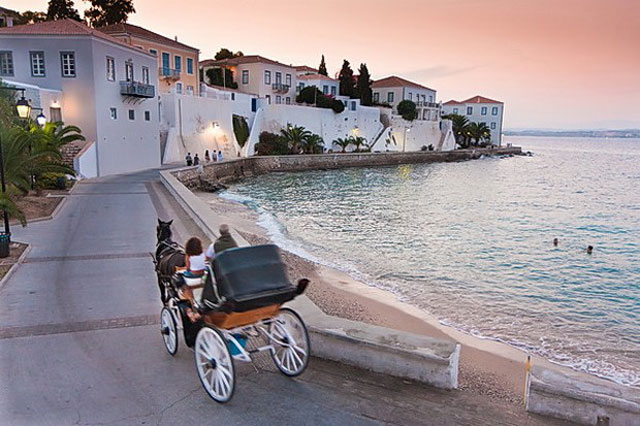 The island of Spetses always inspires visitors by its beauty and calmness. One can enjoy a relaxing evening at the beach watching the sunset, or take a horse-drawn carriage ride between the island’s two harbors.
When he first visited the town of Spetses Horowitz described it as: “charming, unlike anywhere I’ve visited in Greece, starting at ground level with mosaics fashioned out of coloured pebbles.”
Horowitz goes on to talk of dining at local seaside tavernas where he ate real Greek food.
He also discoverd tsipouro, a favorite drink of the locals. “Throwing a few of those back with a white moon in a pale blue sky…that was the magic I’d come for,” he writes. 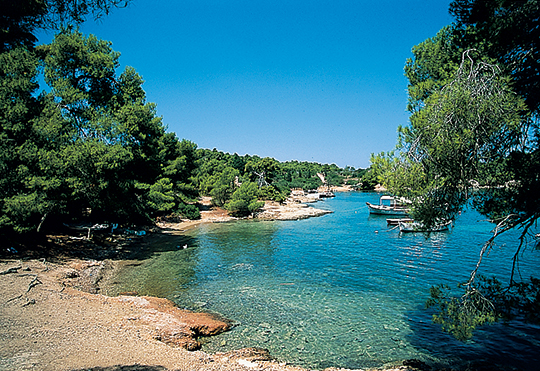 Anthony Horowitz is an English novelist and screenwriter. He specializes in writing mystery and suspense.