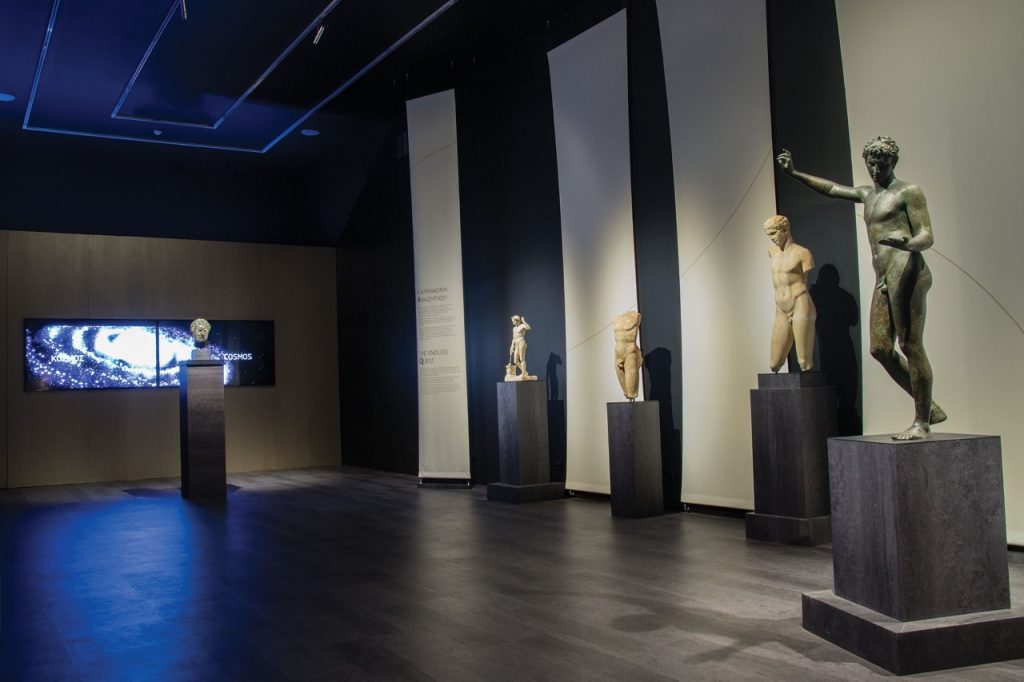 The National Archaeological Museum of Athens has opened its doors to “The Countless Faces of Beauty”, an exhibition about the pursuit and appreciation of beauty.
The traveling exhibition highlights the different expressions of aesthetics in heterogeneous social and cultural environments from the Neolithic Age to late antiquity, utilizing the wide chronological spectrum covered by the collections of the National Archaeological Museum.
Three hundred and forty antiquities from the museum’s rich collections combined with modern digital media offer an aesthetic feast for the eye and promise a journey in time full of aesthetic delights. 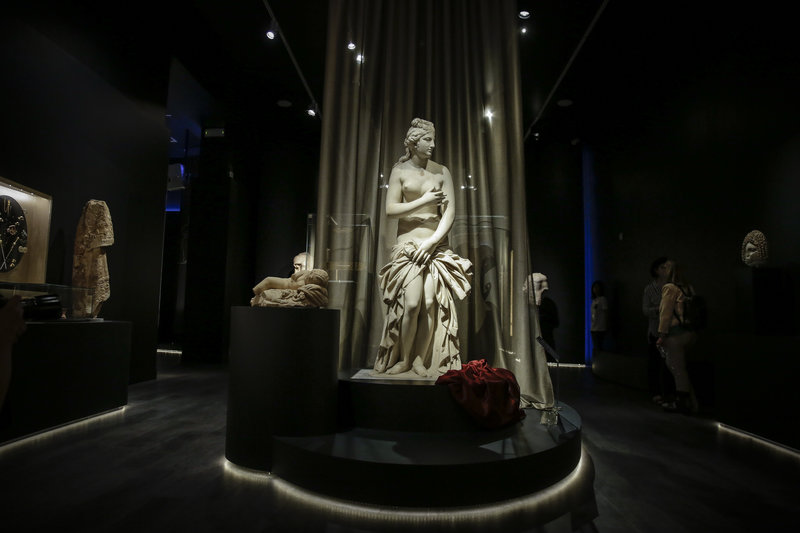 The traveling exhibition “The Countless Faces of the Beautiful” is the last part of a trilogy designed to commemorate the 150th anniversary of the National Archaeological Museum from the founding of the emblematic building that houses it.
The trilogy opened in 2015 with the exhibition “A Dream Between Great Ruins … A Walk in Athens of the Tourists, 17th-19th Century”, and continued with “Odysseys”, a collection that implicitly and symbolically depicted man’s timeless effort for creation and evolution.
The concept of the Beautiful, which is dealt with by the third exhibition in the series, is the ideal epilogue since the cultivation of love for good art was fundamental among the statutes of the National Archaeological Museum. Focusing on the spiritual and transcendental moments of human creation, the exhibition supports aesthetic contemplation while inviting spectators to explore the spiritual basis of aesthetic choices.
The exhibition narrative is articulated in four parts:
In “Eternal Aesthetics” select objects of everyday life are presented, recording the continuous alternations and the different expressions of aesthetics in human timelessness.
“The Beautiful and Desirable” attempts a meaningful approach to the aesthetic preferences of ancient societies on the basis of what ancient Greek myths and archaeological discoveries say about beauty in regards to clothing, hairstyles, jewelry and grooming.
The third part, titled “Promoting the Body,” follows the expression of the beautiful in the visual performance of the human body from the Neolithic period to the historical times.
Finally, “Endless Search” aims at an aesthetic reflection on the meaning of the beautiful and its value to man. 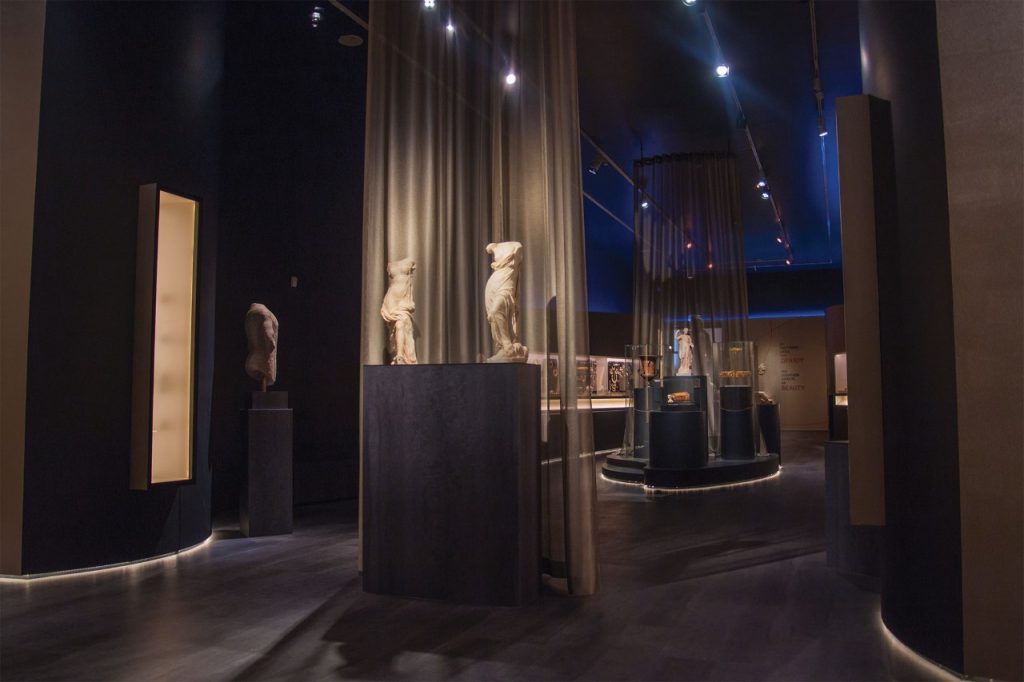 Among the ancient secrets of Aphrodite presented in the exhibition, the world of perfumes holds a special place. In cooperation with Korres cosmetics, perfumes have been created that are inspired by information stemming from ancient sources.
The exhibition will be accompanied by many experimental workshops throughout its duration. Scientists, artists and craftsmen from Greece and abroad will offer their special knowledge to explain to visitors their experimental approaches to Neolithic weaving, the clothing in the Aegean during the second millennium BC, Mycenaean costumes, the multicolored ancient sculptures and the depiction of beauty in ancient Greek music.
The periodical “The Countless Faces of the Beauty” is part of the European Year of Cultural Heritage 2018.