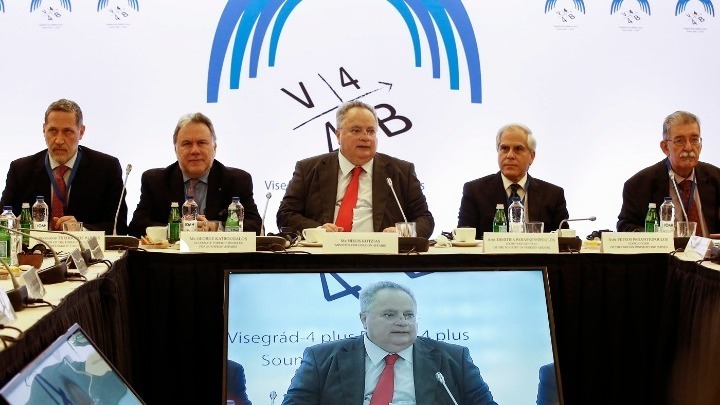 The foreign ministers of eight central European and Balkan EU countries meeting in Greece have called for a more democratic and socially-just Europe.
Friday’s meetings in Sounio, south of Athens, bring together ministers from the Visegrad Group — Poland, the Czech Republic, Slovakia and Hungary — plus Greece, Bulgaria, Romania and Croatia.
The foreign ministers of Albania, the Former Yugoslav Republic of Macedonia, Montenegro and Serbia, all of them hoping to join the EU, have been invited as observers along with colleagues from EU members Slovenia and Cyprus.
Greece’s Foreign Minister Nikos Kotzias stressed the need to work on a new justification for the EU, providing a vision and reforming its institutional systems.
The EU’s goal, he said, must be “to better serve its citizens and empower the EU in a changing world,” focusing on people and the environment.
“We want a more united EU, which is more democratic and socially just. An EU that is stronger in the world and cares for its citizens,” he said.
Ministers agreed on the importance of safeguarding the social state and the handling of the migration issue, as well as the changes that must be made to the Dublin Treaty.