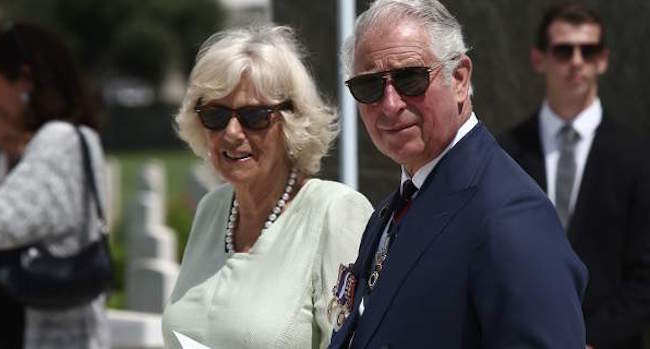 Prince Charles met with former King of Greece Constantine II on Thursday, at the house of British Ambassador to Greece Kate Smith, on the second day of the royal couple’s visit, according to Iefimerida.gr news website.


Later, prominent statesmen, politicians, businessmen, journalists and other distinguished guests welcomed the Prince of Wales and the Duchess of Cornwall in the reception at the British Embassy in Athens.
Among the guests were businesswoman Gianna Angelopoulos-Daskalaki, Prince Alexander of Serbia and Princess Katherine, General Manager of NGO “Mission” Costas Dimtsas, New Democracy MPs Giorgos Koumoutsakos and Fani Pali-Petralia, Thessaloniki Mayor Yiannis Boutaris , journalists Alexis Papahelas, Yannis Spaniolos, Elizabeth Filippou, high-rank officers of the Hellenic Army and others.
Earlier, Prince Charles and Duchess Camilla met with former King of Greece Constantine II at the British ambassador’s home. The former King was accompanied by his wife Princess Anne-Marie of Denmark, and their two sons, Prince Pavlos and Prince Nikolaos, who was accompanied by his wife Tatiana Ellinka Blatnik. They had a one-hour meeting and had tea.