By Fani Toli
May 7, 2018
Facebook
Twitter
WhatsApp
Linkedin
Email
The ghost of Greek tycoon Aristotle Onassis is said to be hovering in Skorpios, his former island paradise, 43 years after his death, according to a report.
At least two people, a bodyguard and a local fisherman, told Greek media that they had “encountered the ghost of Onassis.”
The guard who was employed by the new owner of Skorpios, Russian billionaire Dmitry Rybolovlev, was so scared by the experience that he resigned and left the island, Greek newspaper Espresso reported.
He recalled an incident from 2016 when he was doing his shift near the island’s famous pink villa. The guard said he spied a previously unseen male figure walking on the island. 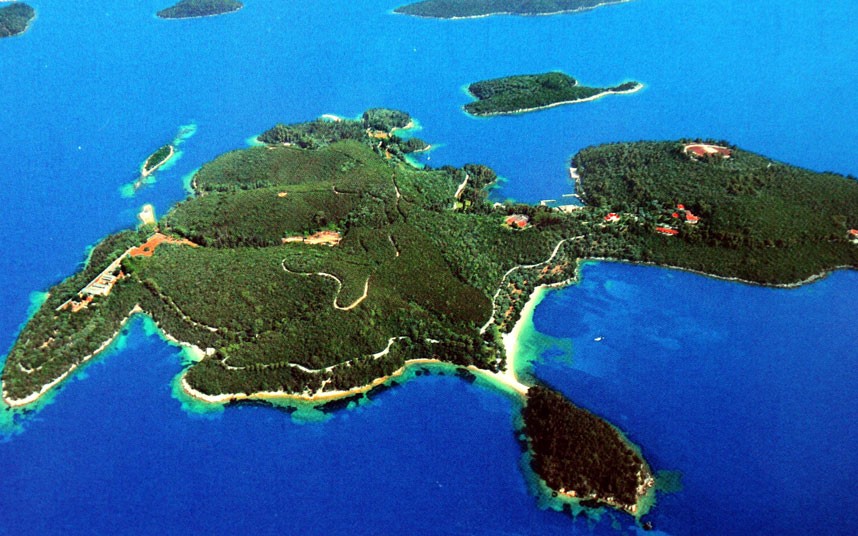 The figure, wearing a black suit and holding a cigar, looked exactly like Onassis. By the time he approached him, however, the mysterious man had disappeared.
It was another spooky incident a few months later which proved to be the final straw for the guard.
The lights of the pink villa were flickering for no apparent reason. He notified his superiors who called in an electrician from the mainland who, despite investigations, was unable to figure out what caused the fault.
The testimony of the security guard is backed up by a local fisherman.
He too says he saw he saw Onassis’ ‘ghost’ walking up the road leading to the pink villa.
“Initially he thought he was seeing things but after hearing of the security guard’s recollection, he became certain that the ghost of Aristotle Onassis had haunted the island,” Espresso reported.