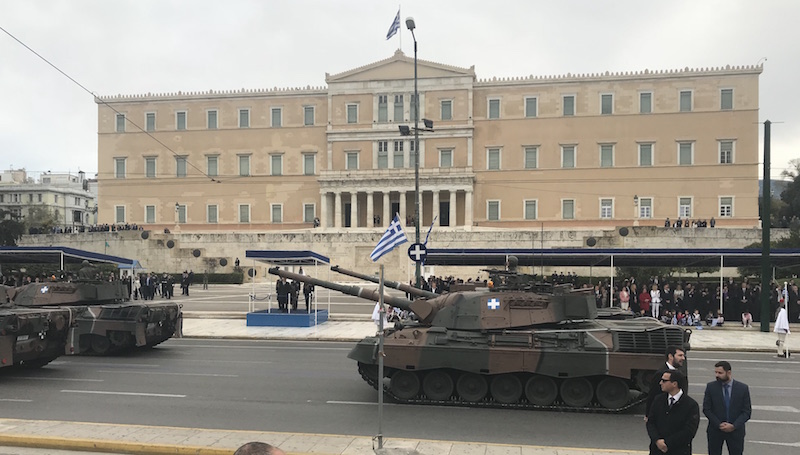 The annual March 25th parade in Athens in honor of Greece’s 1821 War of Independence had additional significance this year since the country is in the midst of disputes over its territorial and national integrity.
President of the Hellenic Republic Prokopis Pavlopoulos, Minister of National Defense Panos Kammenos, Minister of Defense of the Republic of Cyprus Savvas Angelidis, House Speaker Nikos Voutsis, political party leaders and MPs and the country’s military leadership watched Greece’s Armed Forces parade under the sound of military marches. 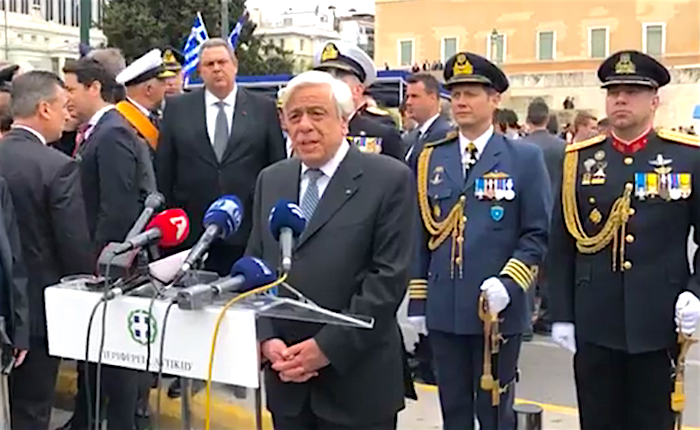 The Greek Army Band played “Famous Macedonia” several times, probably in light of the negotiations over the naming issue with Greece’s Balkan neighbor FYROM and their attempts to usurp parts of Greek history, such as Alexander the Great.
The Greek Armed Forces parade also was a show of military strength at a time when Turkey continuously provokes, making territorial claims in the Aegean. 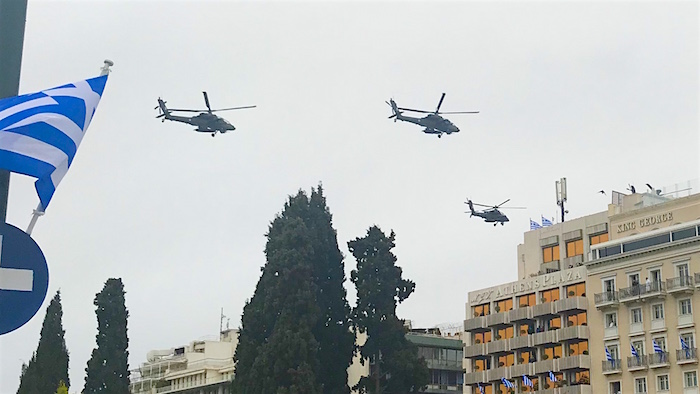 “The modern Greek State was born after an explosion of liberty,” said the Greek president after the parade. “Us Greeks can only live if we are free… We are a people of peace, friendship, democracy, but we will defend our freedom, borders, territory, and sovereignty at any cost… and let’s not forget that our territory is also European territory since we belong to the greater European family.” 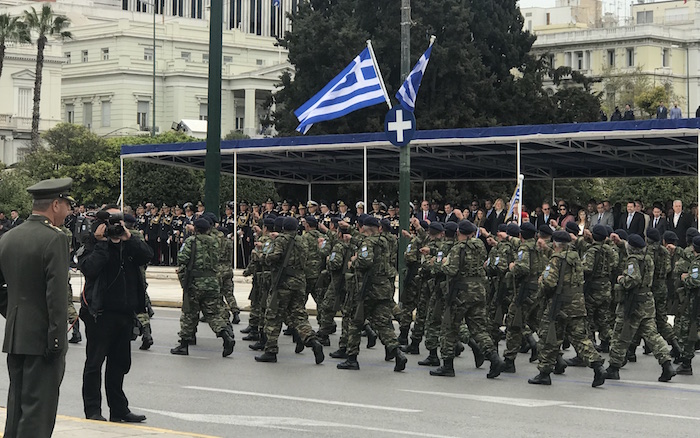 “The Greek people, the Greek armed forces are ready to fight for our territorial integrity and sovereignty,” the defense minister said. “Let’s not forget that in 1821 the Greek people, united, faced an Ottoman Empire and won… We call on our allies to intervene for the release of the two Greek military offices held illegally in Turkey… “We keep sending messages of peace and friendship to Turkey to no avail… Their  behavior isolates them and sends them back to the depths of Anatolia where they started from.”
Cyprus’ defense minister said that the fights of our ancestors should be a beacon of inspiration for today.
House Speaker Nikos Voutsis, party leaders and representatives from PASOK, New Democracy, SYRIZA, Centrists Union and Golden Dawn made brief statements also.
Thousands of people attended the parade waving the Greek flag, including many children dressed as tsoliades.