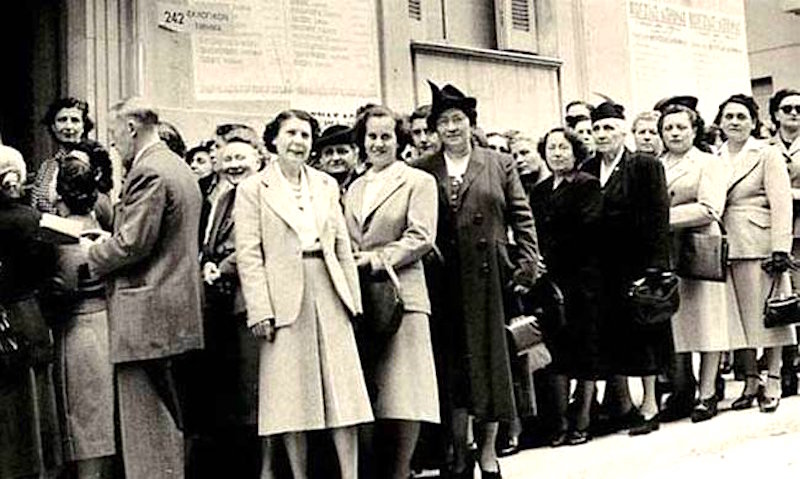 Many Greek men may be sending flowers to their beloved women on Thursday, but the fact remains that Greece ranks last in the EU in regards to gender equality according to the European Institute for Gender Equality.
Greeks love women, but it seems that they love them more than they respect them, or at least this is what statistic show. According to the latest study by the European Institute for Gender Equality (EIGE), Greece is not the best place for a woman as far as rights such as equal pay with men or education go.
The EIGE report finds that progress in the European Union is extremely slow in the gender equality index. Specifically, the gender equality index average for the EU in 2017 was 66.2 out of 100, only four points higher than a decade ago.
Greece is in the last place with 50 points, while Sweden is at the top with 82.6 points.
There are six measurement areas that comprise the gender equality index. According to the study, Greece’s performance in the six areas are as follows:
In the workplace:  The extent to which women and men can benefit from equal access to employment and good working conditions. Greece scored 64.2 compared to an average of 71.5 in the EU.
Money sector: Here, gender inequalities in access to financial resources and the economic situation of women and men are measured. Greece achieved a score of 70.7 compared to a 79.6 average in the EU.
Field of knowledge: This regards to gender inequalities in access to education,
participation in lifelong learning and training and gender segregation. Greece achieved a score of 55.6 compared to an average of 63.4 in EU.
In terms of time: In this section, gender inequalities are measured in the distribution of time devoted to care and domestic work and social activities. Here Greece scored 44.7 compared to an average of 65.7 in the EU.
In terms of power: In this sector gender equality is measured in decision-making positions for all political, economic and social persons. Greece scored a low 21.7 points, less than half of the European average of 48.5.
Health: In regards to health EIGE measures gender equality in three aspects: health status, healthy behavior and access to health services. Greece achieved a high score here (83.1), but it is still below the European average of 87.4.
Women started to vote in Greece in 1952
It wasn’t until 1952 that women in Greece first took to the polls. That was also the year that they became eligible to hold public office. Even though the First Greek Constitution in 1844 stated that “Greeks are equal before the law”, this didn’t fully apply to women until they were given the right to vote.


Since then, Greek women gradually got more rights. In 1983, the dowry obligation for the bride’s family was abolished. Until then, a portion of the parents’ property was transferred to the woman’s husband upon marriage. Women with good dowries, usually married  worthwhile men. The dowry was an unwritten law that gradually faded. In 1983 it was legally abolished.
In regards to politics, even though it is still a male-dominated field worldwide, there have been outstanding women politicians over the past three decades. The first Greek woman elected in Greek parliament was Eleni Skoura in 1953.