Meet the Greeks that Lured Elon Musk’s Tesla to Athens 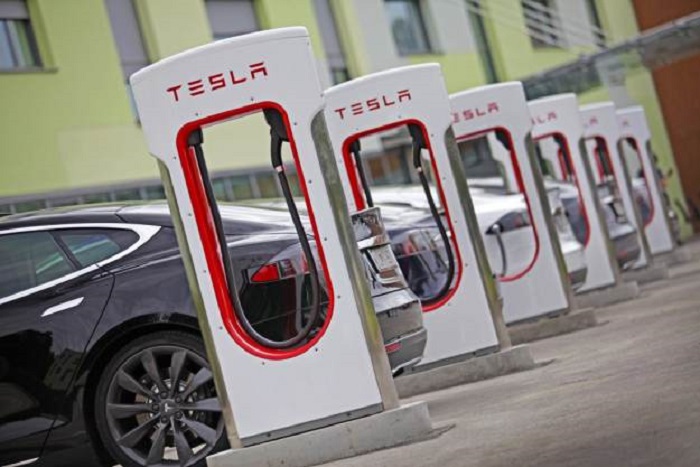 Greece’s electric motor engineering talent has lured Elon Musk’s Tesla, the U.S. giant specializing in electric cars, energy storage and solar panel manufacturing to set up a R&D center in Athens.
“Greece has strong electric motor engineering talent and technical universities, offering tailored programs and specialized skills for electric motor technology,” a Tesla spokesperson was quoted as saying by specialist online magazine Electrek.
Tesla has set up Tesla Greece and will be building a small research and development office in Athens, which will be the base for a highly-qualified engineering team.
Three of Tesla’s top electric motor designers are Greeks.
Principal Motor Designer Konstantinos Laskaris, Motor Design Engineer Konstantinos Bourchas and Staff Motor Design Engineer Vasilis Papanikolaou, all came out of the National Technical University of Athens.
Konstantinos Laskaris, has been lead designer at Tesla Motors in Silicon Valley, California since 2012. There, he implements new technologies for the electric cars of the future.
Konstantinos Bourchas has been a R&D Motor Design Engineer at Tesla since 2015. He is modelling and designing Tesla’s traction motors, driving the selection and evaluation of the core materials.
Vasilis Papanikolaou has been a Staff Motor Design Engineer since 2014.
All three scientists were members of the ‘Prometheus’ research team at National Technical University of Athens.
Prometheus has won several international honors and prizes. Its members design and construct high efficiency electric vehicles.
Tesla will be hoping to find similar talent through its R&D office in Athens.
Demokritos welcomes Tesla
It will be operating from the National Center for Scientific Research ‘Demokritos’ in Athens which is the largest multidisciplinary research center in Greece.
Demokritos issued a statement on Monday welcoming Tesla to its installations, expressing “particular satisfaction that a global innovation giant has chosen Demokritos as a base for one of its top research departments, that designing electric engines.
“We are very happy to receive all the talented Greek engineers who will return to work beside us.”
Demokritos added that “in the last few months our cooperation for the preparation of the venture with Tesla engineers Konstantinos Laskaris and Konstantinos Bourchas has been exceptionally constructive”.