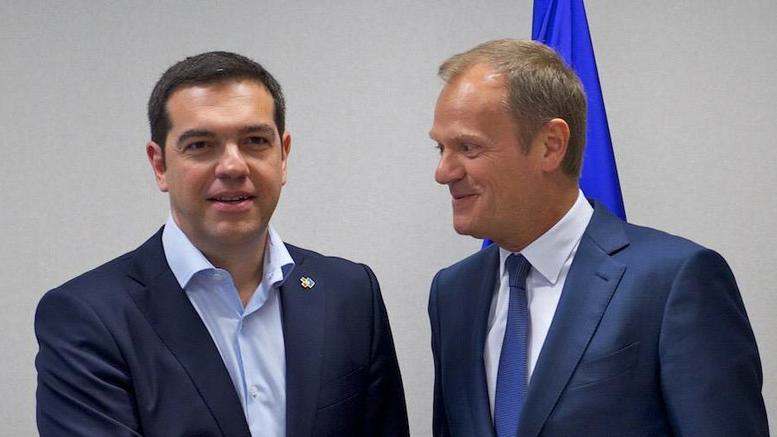 The European Union came to the defense of Greece and Cyprus on Friday following what President Donald Tusk described as “Turkey’s illegal violations in the Eastern Mediterranean and in the Aegean.”
“On behalf of all the EU leaders, I would like to express our solidarity with Cyprus and Greece, and urgently call on Turkey to terminate these activities,” Tusk said during a press conference following a summit meeting in Brussels.
“I reiterate our support for the sovereign right of the Republic of Cyprus to explore and exploit its natural resources, in accordance with EU and international law, including the UN Convention on the Law of the Sea,” he added.
These actions contradict Turkey’s commitment to good neighborly relations and their normalization with all Member States, Tusk warned.
Earlier, German Chancellor Angela Merkel reportedly expressed her country’s support to Greece in the face of Turkish provocations in the Aegean.
According to Greek government sources, Merkel told Tsipras during an EU meeting on Friday in Brussels that Germany’s support “is clear and given.”
On his part, Greek Prime Minister Alexis Tsipras said he and Cyprus Republic President Nicos Anastasiades had briefed European partners on Turkey’s provocative actions in the Cyprus EEZ and the Aegean, including “the recent unacceptable and extremely dangerous incident at (the) Imia (islet).”
The EU, he said, should send Turkey a clear message that “EU-Turkish relations cannot move forward when member-states’ sovereign rights are violated.”
Turkey and Greece can collaborate on several sectors in the future only if Turkey respects international law in the Aegean and the East Mediterranean, Tsipras stressed.