The Poor Greek Boy Who Became the Youngest Harvard Professor 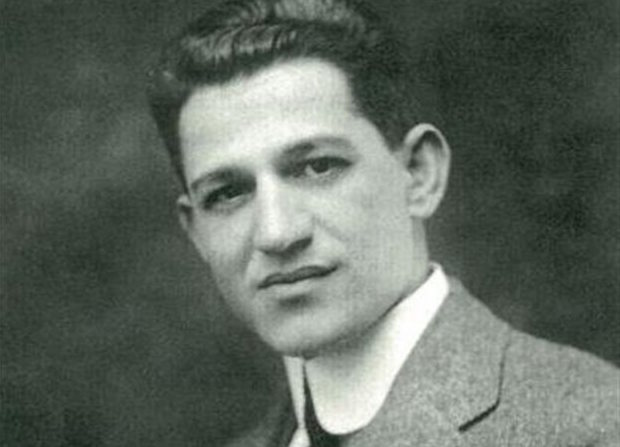 Born in Ikaria in 1887, Aristides Foutridis was a poor boy whose love for literature brought him to Harvard University where he became the first youngest professor at the age of 28.

His father, captain Evangelos Foutridis, could not make ends meet and he was forced to take his family and emigrate to Egypt to survive.

A brilliant student until then, upon his bidding farewell to his school, his teacher told students to stand up and say goodbye to him personally as, he had said, Aristides would become a very important man.

According to the archives of national broadcaster ERT, while he was a student in Athens, in order to make ends meet, Foutridis was tutoring the two children of then President of the Republic, Konstantinos Tsatsos.

After his studies in Athens, Foutridis moved to the United States where his three brothers had emigrated. Two of his brothers were ordained priests. He attended the Mt. Hermon School, and after that he became the youngest professor at Harvard University, where he taught ancient Greek and Latin. He was 28 years old.

Foutridis was the first to translate Kostis Palamas and many contemporary writers such as Alexandros Papadiamantis, Georgios Drosinis, Grigorios Xenopoulos, and published essays about ancient tragedy and Greek literature. His study on Euripides is a reference to this day. In 1911, he formed Elikon, the first Greek student union in the U.S.A.

Foutridis died at the age of 36 of a heart attack.

Τοday, in the village of Evdilos on Ikaria, the high school is named “Aristides Foutridis” in honor of this man who offered so much to Greek culture and its promotion in the United States, in such a little time.

The life of Aristides Foutridis is known through the book “The Most Honest Offering”, which is comprised of 108 letters he sent to Christos Lamprakis, Socrates Kougeas and relatives.

The Hellenic-American Chamber of Commerce will sponsor the first virtual tour of the Acropolis Museum, to take place on April 10 at 11 AM EST.
Culture

The new summertime schedule of operation for archaeological sites and museums in Greece will kick in later in April this year.