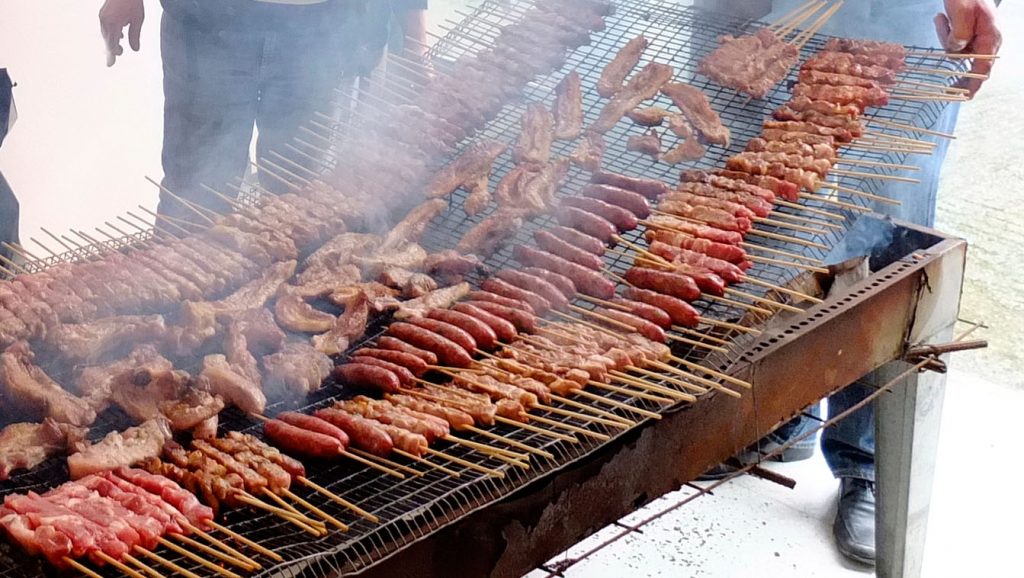 Even though Greeks consume a lot of meat, this Thursday millions will follow the custom of Tsiknopempti and eat even more. Enough, tradition says, to last them through the 40 days of Lent before Easter.
On Thursday, barbecue smoke will fill the streets across Greece, from the tiniest village to the Athenian neighborhoods. After all, the custom dictates that the meat is barbecued and the smell should permeate the air. Hence the word Tsiknopempti: “Tsikno” from the word tsikna which is the smell of sizzling meat, and “Pempti” which is the word for Thursday.
Like many Christian customs, the origin of Tsiknopempti should be connected to the Bacchic feasts of Ancient Greece. However, its exact origin is not known. Christian Greeks chose Thursday as a meat day because Greek Orthodoxy fast days are  traditionally Wednesday and Friday. 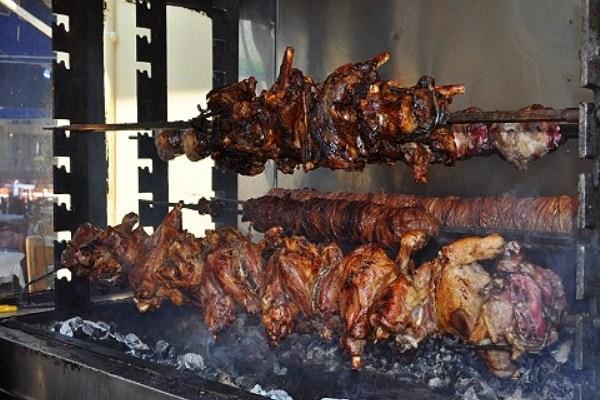 Regional Tsiknopempti customs
On Tsiknopempti, throughout Peloponnese people slaughter pigs to make various foods that are preserved for the rest of the year. Foods include sausages, smoked steaks, bacon, meat in aspic and other local delicacies like ‘tsigarides’.
In Serres, they make large fires on which they cook various meats and after the meat is done, the most daring men jump over the flames.
In Komotini, housewives  deliberately burn a chicken in order to serve to the families on the last Sunday of the carnival. According to the tradition, couples who are engaged to be married, exchange edible gifts between them.  For example, the man will send the woman a hen and she in turn will send him dessert.
The Tsiknopempti custom in Patras is “Yiannoula tis Koulouras”.  In accordance with tradition, ‘Yiannoula’ believes the Admiral Wilson is still so in love with her that he is going to return to her city so he can marry her.  Every year the citizens of Patra select a young girl, dress her up as ‘Yiannoula the Bride” and celebrate by dancing and singing around her.
On the island of Corfu the tradition which is called “Petegoletsia” or “Gossip” is celebrated on Tsiknopempti. Locals gather at the main square and exchange made-up stories and gossip.
On Ios island, the evening of Tsiknopempti sees people wearing carnival costumes and sheep bells around their waists, while going around house to house singing carnival songs.
On Poros island, young men steal a macaroni and  put it under their pillow at night before they go to sleep.  According to tradition, the woman they dream of will be their future wife.