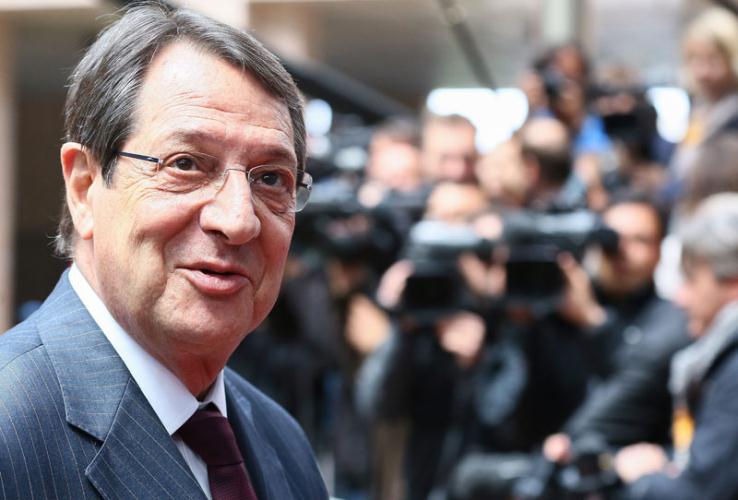 Official results in Cyprus show the country’s president Nicos Anastasiades has been re-elected to another five-year term, defeating the left-leaning independent Stavros Malas.
He has been congratulated by his rival for his win.
With all the votes counted, the incumbent conservative secured 56 percent, comfortably ahead of his rival, Stavros Malas, a leftist-backed independent, at 44 percent.
Anastasiades, 71, is now expected to pick up the pieces of a suspended peace process on the ethnically split island, as well as oversee the economic recovery of a country still bouncing back from a crippling financial crisis.
“My dear friends, I want to thank you from the depths of my heart for the trust and the clear mandate,” Anastasiades told hundreds of supporters who had gathered outside his election campaign headquarters in the centre of the capital, Nicosia.
“A new era begins tomorrow,” he said from the building’s balcony. “People demand cooperation and unity because this is the only way to solve the problems we’re facing.”
Anastasiades says a second term will be his last.