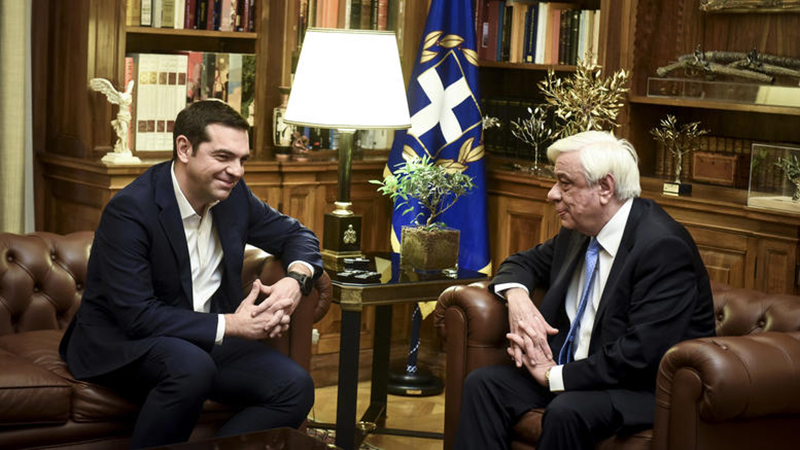 Alexis Tsipras went to the presidential palace on Friday, to update President of the Republic Prokopis Pavlopoulos on the latest from the ongoing negotiations between Greece and FYROM over the Balkan neighbor’s name.
“We will seek a solution on the name dispute with FYROM now, before the issue gets even harder down the road,” the PM told the president just before the update began. “We’re not there yet, but some steps on the issue of FYROM’s constitutional irredentism have been taken,” he added.
Tsipras confirmed that he will update all opposition leaders on Saturday, and added that all different opinions on such a crucial foreign policy issue are respected, as long as there are no extreme voices in issues of national importance. “The country’s foreign policy has a continuum and we are exercising it with a sense of responsibility.”
“Greece’s biggest strength has always been the fact that we have defended all national issues with unbreakable unity,” said president Pavlopoulos, adding that irredentism is not an issue just for Greece, it’s a European issue which FYROM must respect if they want to become EU members.
The PM will have consecutive meetings with all leaders of opposition parties all day Saturday from 10.30am to 5.30pm, starting with main opposition leader Kyriakos Mitsotakis.