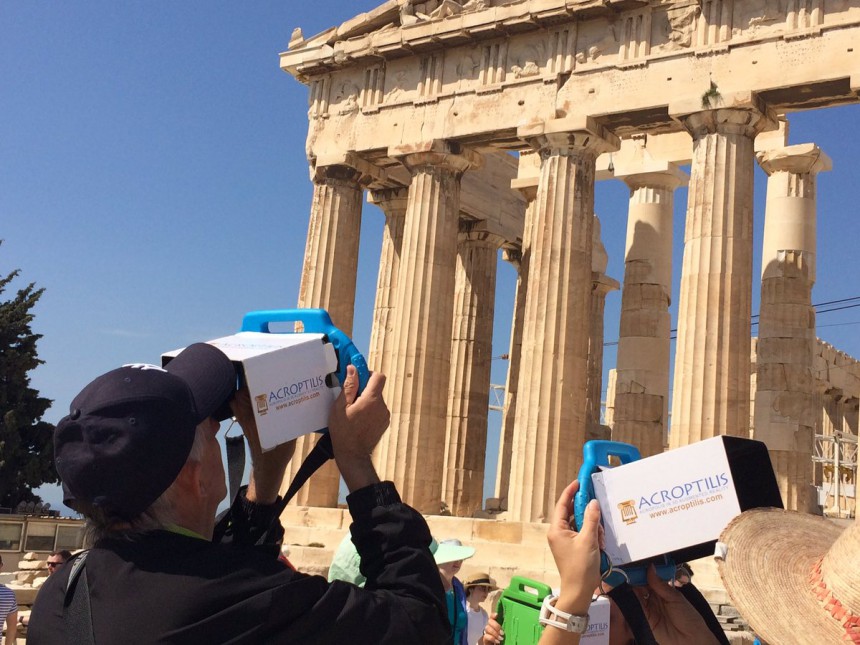 A new application created by a Greek entrepreneur gives visitors the chance to have 3D virtual tours of archaeological sites and see them the way they were in ancient times.
According to a Lifo magazine report, Mihalis Kokkinos founded Moptil in 2015, a company that creates animated archaeological sites. Visitors use a headset to take a virtual tour of an archaeological site to experience it the way it was centuries ago.
Using the Moptil device, around 60,000 people so far have seen the glorious colors of the whole Parthenon when it was built, statues that have since crumbled or been stolen over the ages, even ancient Greek athletes competing at Olympia.
The first application Kokkinos developed was the 3D virtual representation of the Acropolis. The goal was to be able to point a tablet in front of the monument and see it as it was in antiquity with statues, colors and details. The technical problems were too many, he told Lifo, but thanks to Augmented Reality technology they were solved.
Every application is created by a collaboration of 3D artists, computer programmers, archaeologists and painters, Kokkinos said.
The company gives tourist guide agencies tablets with the app already installed, with no audio. Tour guides provide the verbal part.
Kokkinos said that in busy archaeological sites, such as the Acropolis in Athens or Lindos in Rhodes, the company had up to 350 tablets operating a day.
Virtual tours are on offer for the Acropolis, Olympia, Delphi, Knossos, Delos, Lindos and the Asklipio of Kos. The company’s next project is to develop 3D tour guides for archaeological sites in Italy, Spain and other popular tourist destinations. The tablets are also available to schools at discount prices. 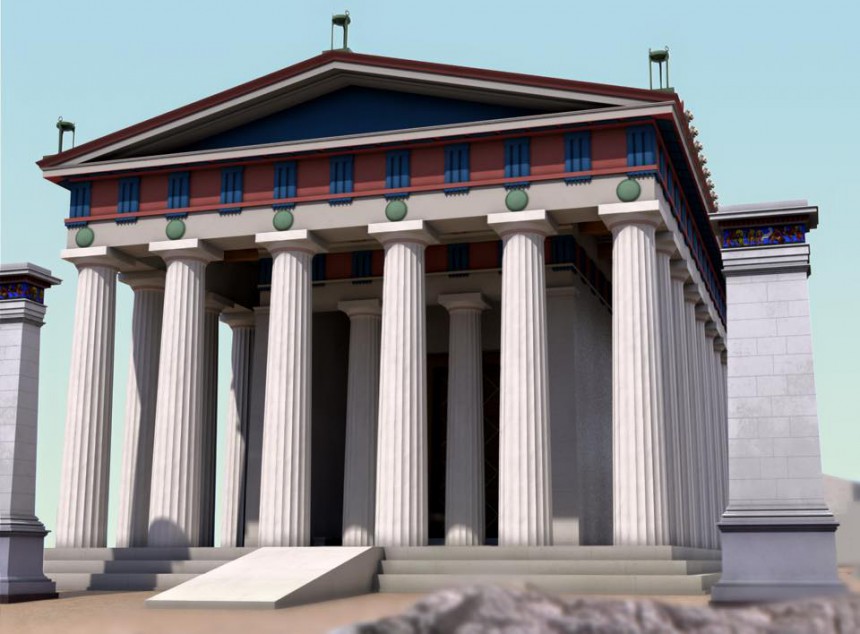