Turkey 'Concerned' Over Greek Changes to Islamic Law in Thrace 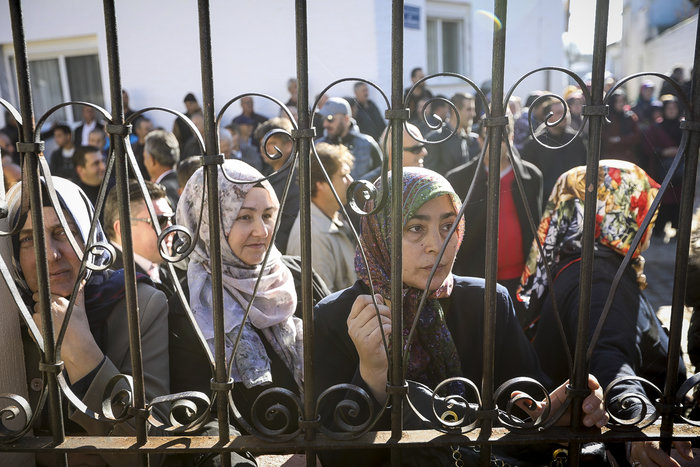 Turkey on Thursday said it views new Greek legislation which changes the way Islamic law is implemented among the country’s Muslim minority with “concern”.
In a statement Turkey’s foreign ministry warned Athens against infringing upon the prerogatives of elected Muslim jurists (muftis) in Western Thrace, shortly after the country passed legislation amending the way Islamic law is applied in the region.
Greece’s parliament voted overwhelmingly to make the practice of sharia law in family disputes optional for the country’s Muslim minority earlier this week.
The legislation will allow Muslim litigants to opt for a Greek civil court to resolve family disputes rather than appealing to locally-elected Islamic jurists.
For family law matters, Greek Muslims generally seek recourse to muftis on issues such as divorce, child custody and inheritance. Rights groups say it is a system that frequently discriminates against women.
The issue has its origins in the period after World War I, and treaties between Greece and Turkey that followed the collapse of the Ottoman Empire.
It has proved an enduring source of conflict between Athens and Ankara.
Sensitivities resurfaced during last year’s visit to Greece by Turkish leader Recep Tayyip Erdogan, who also travelled to address the Muslim minority in Thrace.

Turkish ‘concern’
In a statement, Turkey’s foreign ministry claimed no consultations were made with the elected muftis – which are unrecognized by Greece.
The ministry statement noted that Turkey expects Greece to implement European Court of Human Rights decisions without making any distinctions and recognize muftis.
“We’re watching latest developments regarding Greece’s increased pressure on muftis with concern,” the foreign ministry said.
However, speaking on Tuesday, Greek premier Alexis Tsipras said: “With this regulation, the government corrects injustices made in the past at the expense of members of the Muslim community of Thrace (such as) exempting them from the state of legal guarantees and civil liberties enjoyed by all Greek citizens; it respects however the unique features of the minority.”