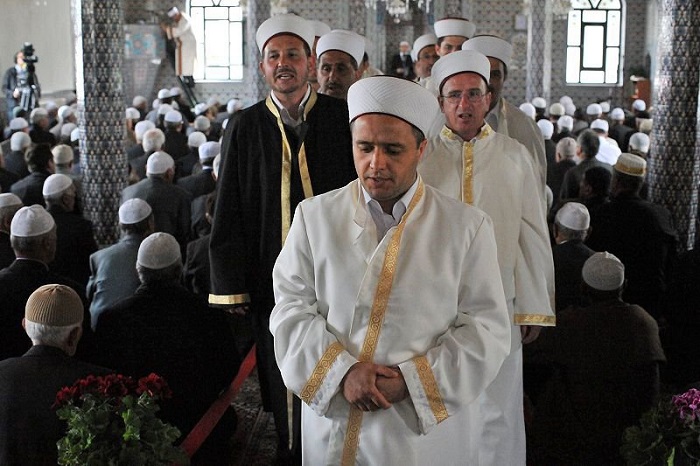 Changing a century-old legacy, the Greek parliament voted overwhelmingly to make the practice of Islamic sharia law in family disputes optional for the country’s Muslim minority on Tuesday.
The bill on Sharia law is a historic step for Greece, Prime Minister Alexis Tsipras said in a tweet on his official page.
“The government is taking a historic step today, bringing to Parliament the bill on Sharia law that expands the equality and equity enjoyed by all Greeks without exception,” Tsipras said.
The legislation will allow Muslim litigants to opt for a Greek court to resolve family disputes rather than appealing to Islamic jurists known as muftis.
For family law matters, Greek Muslims generally seek recourse to muftis for things like divorce, child custody and inheritance. Rights groups say it is a system that frequently discriminates against women.
The issue has its origins in the period after World War I, and treaties between Greece and Turkey that followed the collapse of the Ottoman Empire.
The new law gives precedence to a Greek court of law if there is no agreement among parties to go to a local Islamic law official.
“As a member of the European Union, our country is voluntarily committed to specific treaties, such as the European Convention on Human Rights,” Tsipras noted.
“With this regulation, the government corrects injustices made in the past at the expense of members of the Muslim community of Thrace (such as) exempting them from the state of legal guarantees and civil liberties enjoyed by all Greek citizens; it respects however the unique features of the minority,” the prime minister said.
He added, “We ought to proceed with steady steps towards the reforms that will upgrade the rights and quality of life of the Muslim minority of Thrace, by persisting in dialogue and facing issues with cool-headedness and awareness of their seriousness.”