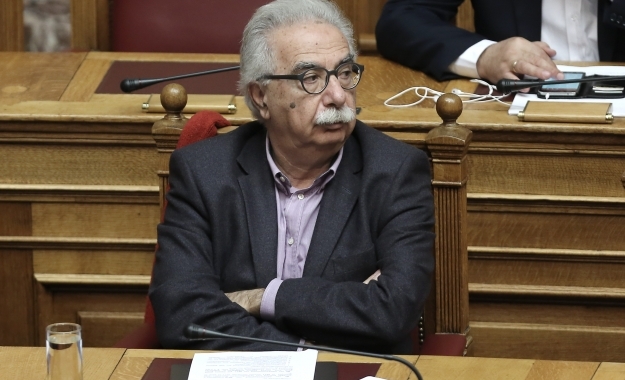 (Education Minister Costas Gavroglou)
Greece’s Ministry of Education has decided that, secondary school student trips abroad in the framework of programs of environmental and cultural character, are to be terminated.
However, as the ministry clarifies, students can still participate in trips required by EU student programs.
As stated, “student trips abroad under approved school activities are no longer allowed. Exceptions are the programs supervised by the General Secretariat for Religious Affairs.”
The ministry argues that the decision was taken on the grounds that some students were not able to afford these trips, and in the name of equality, the trips are to be terminated altogether.
Private school owners reacted to the decision as school trips abroad are part of their programs and that some of the programs offered are based exclusively on trips in other countries.
The Ministry of Education announced that trips required for student exchange educational programs and twinning with Greek schools of the Diaspora, are still allowed.
Private school association president replies to the ban
“When you restrict the right of students to visit foreign places, the mind of the historian goes to ancient Sparta, where no foreigner was allowed to enter or leave the Spartan area,” said chairman of the Hellenic Association of Private Schools, Charalambos Kyrailidis, in reply to the ban.
“My first point is that what you sow today in Greek schools, you will reap in tomorrow’s society. In a free, open democratic system, bans are few,” Kyrailidis said. “In an obsessed, non-democratic State, experience has shown us, the bans are many”.
The chairman of the Hellenic Private Schools Association further argued that “If we want our children not to become racists, we need to help them travel and become acquainted with other cultures”. “With this ban,” Kyrailidis concluded, “we are stuck  in the miserable reality of Greece and we deprive tomorrow’s citizens of stimuli.”