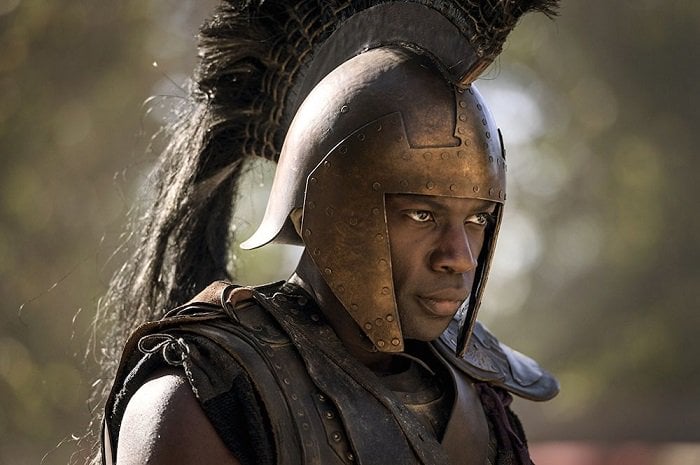 Social media users have expressed their anger at a new series produced by the BBC and Netflix in which Greek mythological figures such as Achilles, Patroclus and Zeus are being played by black actors.

In the Troy: Fall of a City, an eight-part series that chronicles the Greek siege of the city of Troy, Achilles is played by Interstellar, Cloud Atlas and Man in an Orange Shirt star David Gyasi.

The same character was played in the 2004 film Troy by Brad Pitt.

Here are some of the responses by social media users:

Some other have also threatened to cancel their membership on Netflix.

The Troy drama will be screened first on BBC One, early 2018.

The series has an impressive cast with Shameless’ David Threlfall, Chloe Pirrie, from War And Peace, and Frances O’Connor, from Mr Selfridge, heading the bill, along with two newcomers, Australian Louis Hunter and Bella Dayne, from the science fiction TV series Humans.

The show is written by David Farr.