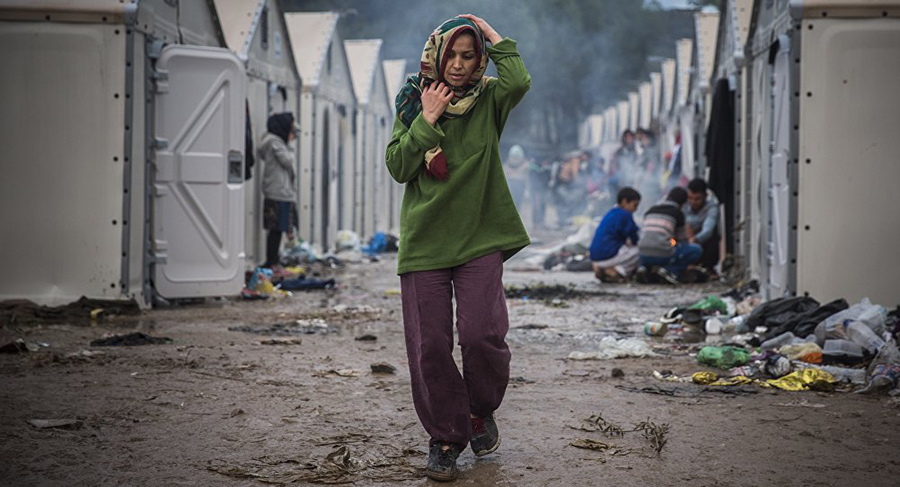 Greek authorities are failing to provide adequate protection for women and girls living in government-run, European Union-sponsored facilities for asylum seekers, on the island of Lesvos, NGO Human Rights Watch said today.
In November, 2017, Human Rights Watch interviewed 25 asylum-seeking women and girls as young as 13, living in the Moria “hotspot” on Lesvos. They described harassment, the threat of gender-based violence, and health risks.
Human Rights Watch found that the conditions resulted from insufficient security, poor hygiene and sanitation facilities, and failures in the system to identify and address the needs of vulnerable people.
The women and girls interviewed described pervasive sexual harassment, and a persistent sense of insecurity in Moria, and said authorities are unresponsive to their complaints and do not take adequate action to ensure their safety.
One woman said she had been approached by a fellow asylum seeker asking for sex in exchange for money. Many said they do not feel safe moving around Moria alone, and leave their shelters only in groups or accompanied by male relatives.
A 17-year-old girl from Syria said: “Out of fear, I stay in the tent. I don’t go out.” A 13-year-old girl from Syria who lives in a section of Moria reserved for women and girls travelling alone, said that male asylum-seekers call out to women and girls, using insulting and sexual terms.
These findings echo what dozens of other female asylum seekers and representatives of agencies that provide aid to migrants told Human Rights Watch about conditions in the Greek hotspots, citing harassment, the threat of gender-based violence, and health risks, during earlier visits in 2016 and 2017.
Concerns about safety and inadequate facilities hinder women and girls’ access to toilets and showers. Female asylum seekers said that toilets and showers in Moria are not secure or private, and that they fear going alone. “We tell someone to come with us or we don’t wash ourselves,” said a 15-year-old girl from Syria.
Greek authorities are aware of overcrowding, poor hygiene and sanitation, and protection risks in Moria, but have not acted to rectify the problems, both officials and aid workers interviewed at Moria told Human Rights Watch.
Greece should also ratify the Istanbul Convention, a Council of Europe treaty on prevention of and response to violence against women, which guarantees protections and services for all women and girls regardless of residency status. Greece signed the Convention in May 2011, but has yet to ratify it.
Source: Human Rights Watch