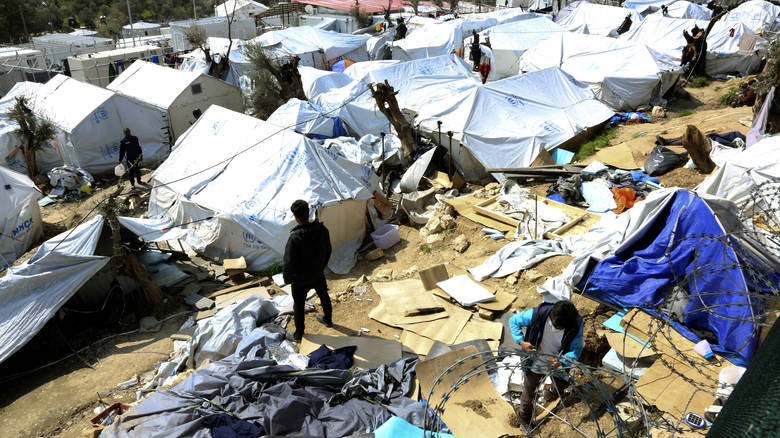 “The shame of Europe” is the broad description Spiegel magazine gives for the Moria refugee registration and hospitality centre in Moria, on the island of Lesvos.
Greek authorities have banned reporters from entering the camp, but as the magazine’s reporter says, one can wear a raincoat and enter without anyone noticing them.
“Welcome to prison” reads a graffiti on the wall; while the stench of urine and garbage permeates the area, which is strewn with hundreds of plastic garbage bags, the reporter says.
In a gripping paragraph, the reporter describes the situation: “Anyone who wants to see the shame of Europe should only climb a hill between olive trees on Lesvos until he can see over the high cement wall of the refugee centre in Moria.”
“Seldom the situation on the island of Lesvos was as dramatic as these days. Shortly before the winter in Greece, 15,000 refugees are trapped in the five Aegean hotspots,” the report concludes.

Side effects of the coronavirus vaccine are cropping up, especially in women, and this is especially pronounced after the second dose.
Charity

The Hellenic Initiative has donated a generous grant of $50,000 to the Athens Food Bank to help fight hunger in Athens.