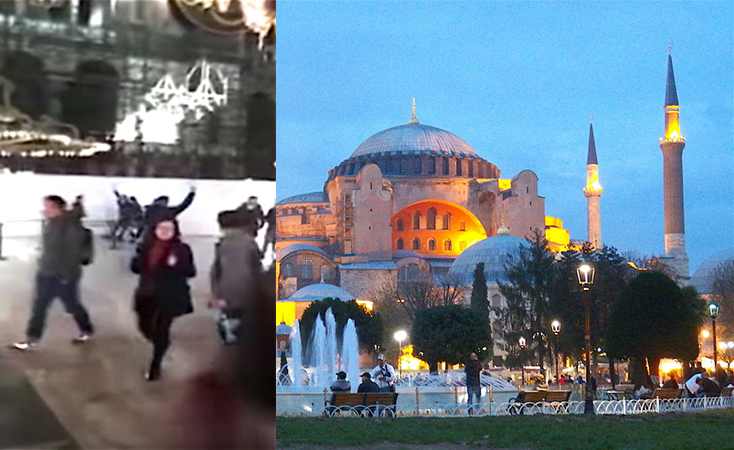 In protest to US President Donald Trump’s recognition of Jerusalem as Israel’s capital, members of the Alperen Ocakları; an offshoot of the Turkish nationalist movement the Grey Wolves, prayed at Hagia Sophia in İstanbul on Sunday, Turkish media reported.

According to the report the nationalist group invaded the church and recited the adhan and prayed together while tourists were visiting Hagia Sophia. The members of the group were taken to the police station, and were later released.

“If you say that, let Hagia Sophia be opened to prayers. We should start holding Friday prayers at Hagia Sophia,” Tayyar tweeted on December 6.

On May 13, a large group of people from the pro-government Anatolia Youth Association (AGD) and National Youth Organization (MGV) gathered in front of Hagia Sophia for morning prayer and demanded that the museum be turned into a mosque again.

In June, the Greek government criticized an Islamic religious ceremony held at Hagia Sophia that was broadcast on television and attended by government officials.

Giorgos Hatziparaskos, an 86-year-old baker from Crete, is one of the last people who creates the iconic Greek phyllo dough by hand.
Greece