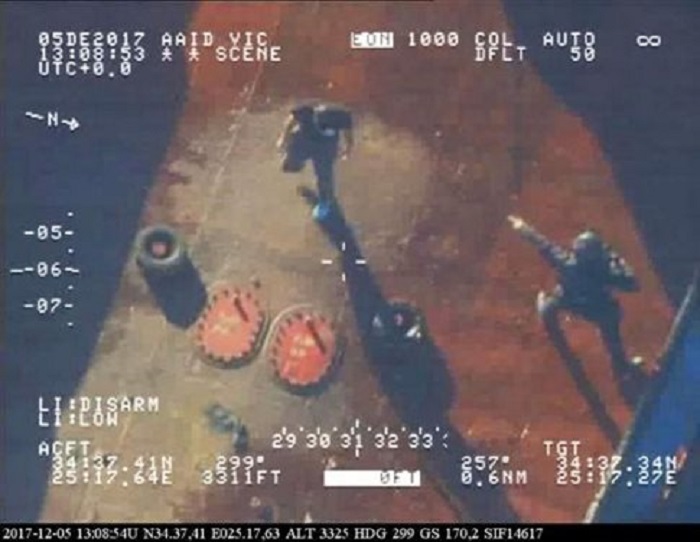 The Greek Coast Guard released a video of the operation of the coast guard intercepting a vessel south of Crete, suspected of transporting drugs.
A coast guard speed boat can be seen approaching the vessel “Andreas”, and the officers can be heard calling out to the captain to stop.
During the operation, warning shots were fired because the crew of the suspect vessel did not comply with their orders.
A helicopter hovering above has captured the moment when the officers came aboard the vessel, and arrested members of the crew of the Tanzania-flagged tugboat. 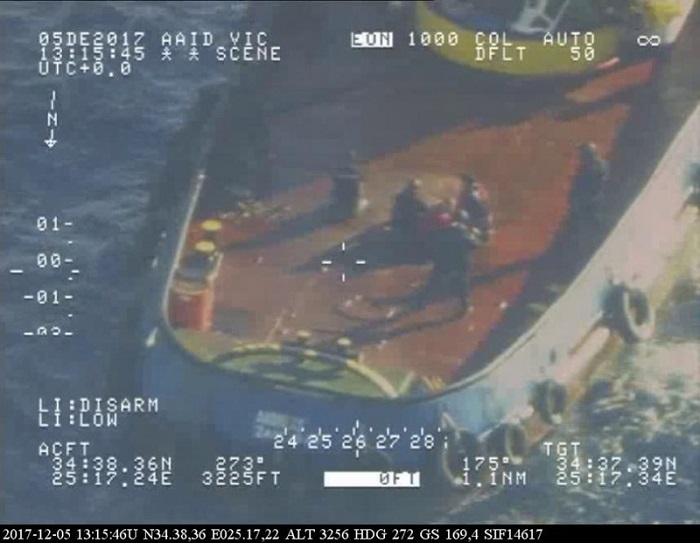 The boat was carrying more than six tonnes of hashish (6,177.800 kilos), with an estimated street value of 70 million euros in its hold, sources said on Wednesday. 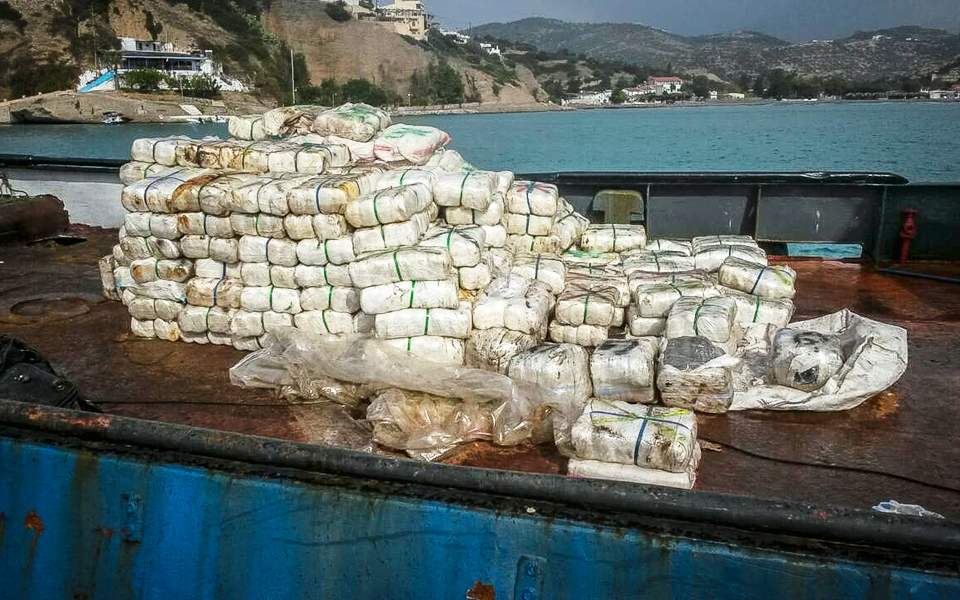 The “Andreas” was caught about 50 nautical miles south of Crete, en route from the port of Latakia to Malta, and had already been under surveillance for 48 hours.
It was stopped in a large-scale operation with the help of the Underwater Missions Unit, for what sources claimed was one of the largest hauls of illegal drugs made by the Greek Coast Guard.
The six crew-members; all Syrian nationals, were arrested, and the tug boat was escorted to Aghia Galini, Crete where 241 packets of drugs were found hidden in special crypts after a careful search using a trained police sniffer dog.
According to the crew, the tug was heading to Malta for repairs and had set off from Nicosia on November 30. All six will be led before a Piraeus public prosecutor over the next few days.
Meanwhile, the search for possible additional drugs is continuing while an investigation has been launched by the coast guard drugs and smuggling unit, in collaboration with prosecuting authorities abroad.