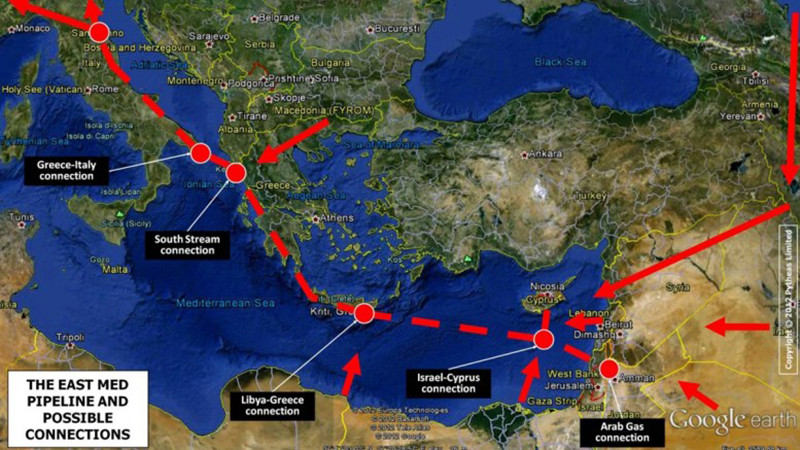 A memorandum of understanding (MOU) for the construction of the world’s longest underwater natural gas pipeline is to be signed by the the energy ministers of Israel, Cyprus, Greece, Italy and the European Union on Tuesday.
The MOU, to be signed in Nicosia, Cyprus, concerns the development of a pipeline to carry natural gas from Israeli and Cypriot reserves in the eastern Mediterranean to Europe.
At over 2,000 kilometers in length and costing over $6 billion dollars, the so called East-Med pipeline would be among the world’s longest.
The sides are also examining a 2,000 megawatt underwater electricity cable, the EuroAsia Interconnector,  to be laid together with the pipeline, that would link the electricity grids of the four countries.
The Greek side is also proposing adding fibre optic cables to the project.