GRNews
GreekReporter.comGreeceOnline Sales in Greece Increased by 2,600% on Black Friday

Online Sales in Greece Increased by 2,600% on Black Friday

Online sales on Black Friday 2017 surpassed all expectations worldwide, according to data provided by shopping platform Picodi.
On 24 November 2017, consumer activity grew by 624% compared to an average day. Last year the increase was 619%.
According to Picodi, the most active users came from Pakistan where the number of transactions increased by 11,525%. 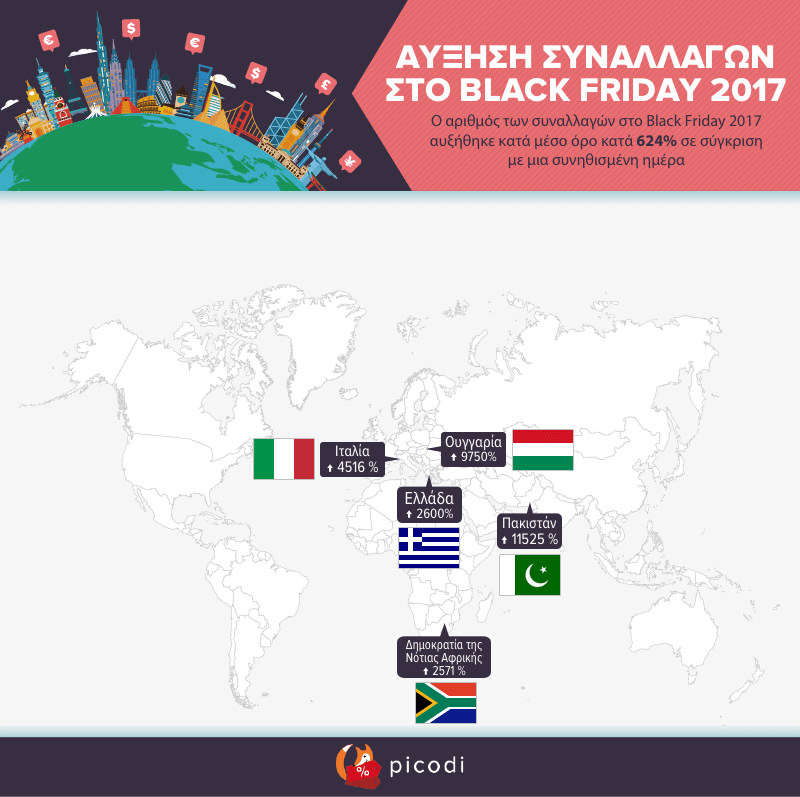 Consumers in Greece using Picodi also bought more than usual. The number of sales increased by 2,600% during Black Friday.
However, this figure is less impressive than Black Friday 2016, when trading increased to 7,293%.
The average shopping cart value was €96.97, which is €11.49 more than last year’s €85.48.
The average discount rate in Greece during Black Friday reached 53%.
The products that were most in demand this year were electronics, fashion and books.
Plaisio, Zara and Public were found on the list of the most popular stores.
As for the devices used for online shopping, most consumers from Greece bought through computers and laptops (50%), 43% through smartphones, and only 7% used tablets. 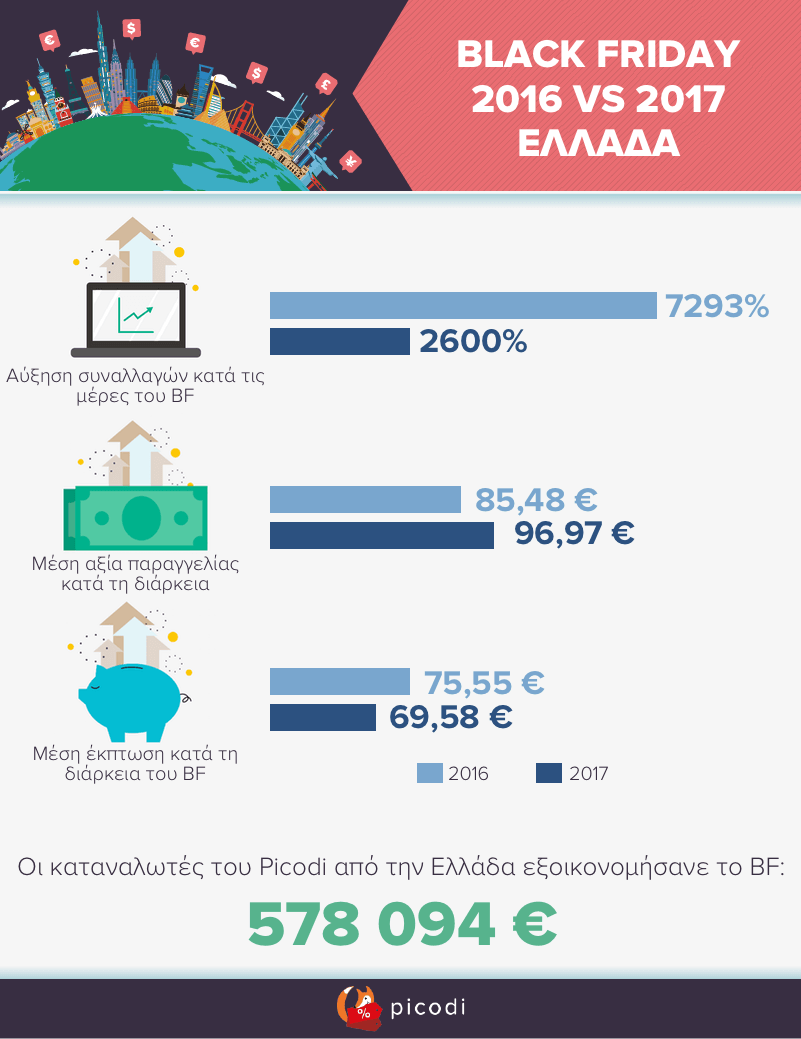