Nine years after the first same-sex marriage was conducted on Tilos by the mayor of the tiny Aegean island, the Greek Supreme Court ruled it as invalid, on Thursday.
The court said the ruling expresses the Greek rule of law, “which is considered to reflect the moral and social values and traditions of the Greek people, who do not support the legalization of marriage for homosexual couples.”
The court said that same-sex partners have the right to enter into a civil union, which grants gay couples the same rights as heterosexual couples, who opt for a similar arrangement. 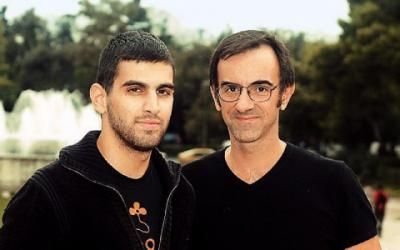 Themis Katsagiannis married his partner Dimitris Tsambrounis on Tilos in June 2008, after the island’s left-wing mayor, Tasos Aliferis, agreed to conduct the ceremony and register the couple.
Aliferis also married a lesbian couple at the same time and conducted the proceedings despite Greece’s top prosecutor having issued a directive saying that same-sex weddings were outlawed.
Greek society was then torn apart, as gay-rights supporters claimed it was unfair not to allow same-sex marriages to take place, and others denounced the mayor’s disobedience and condemned such “unethical” unions.