‘Amerika Square’: Can it Join The Oscars’ Ranks of Previous Greek Winners and Nominees? 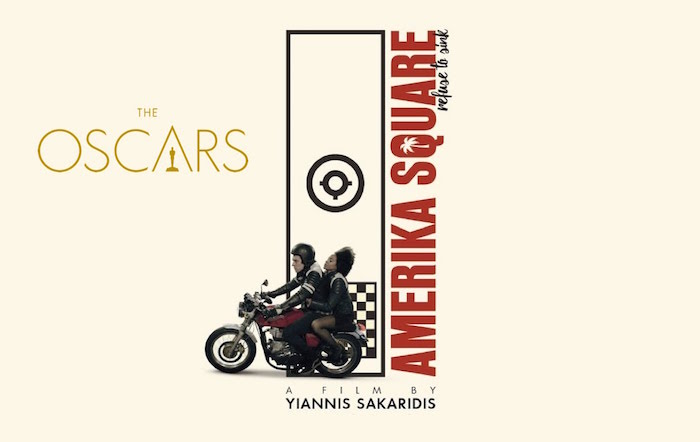 Directed by Yannis Sakaridis, the Greek entry ‘Amerika Square’ has been receiving glowing reviews on its journey towards the final shortlists being announced later this year, with the final 5 nominees to be announced early in 2018.

Having recently had the privilege of watching ‘Amerika Square’ at The Chania Film Festival, I can assure you that this is a movie which ticks a tonne of ‘Award Winning’ boxes, in fact it has already picked up the FIPRESCI Award for Best Drama at the Thessaloniki Film Festival. As well as the Oscars, ‘Amerika Square’ is also the Official Greek entry for The Golden Globes in the Best Foreign Language category.

‘Amerika Square’ presents a dramatisation of the all too real Global refugee crisis, by tackling how local societies who are coping with refugee influxes are affected. All this while still managing to incorporate feather-light touches of humour, cleverly weaving the stories of the multi-varied characters into a richly connected tapestry, and all the while maintaining a universally entertaining rhythm and pace. Oh, and by the way, there is also a scorcher of a soundtrack courtesy of Minos Matsas.
(listen to ‘Nakos’ Theme)

The synopsis, as always, gives us the best taste of the story:

Athens 2016. The complexities of immigration are exposed when four lives collide within the backdrop of Amerika Square. Two Greek friends, along with a Syrian ex-Military doctor, an American singer and a human trafficker each navigate the refugee crisis in Athens. When one of their actions becomes the unthinkable, the others are forced to work together to escape the consequences. Mixing a kinetic visual style with ripped-from-the-headlines storytelling, Amerika Square is an unflinching look at the mass migration economy—where “borders are business.”

Here’s a look at how other Greeks have fared in past Oscars in the Best Film and Best Director categories. Here’s hoping ‘Amerika Square’ joins these ranks on its Oscar journey as the Best Foreign Language Film entry for Greece.