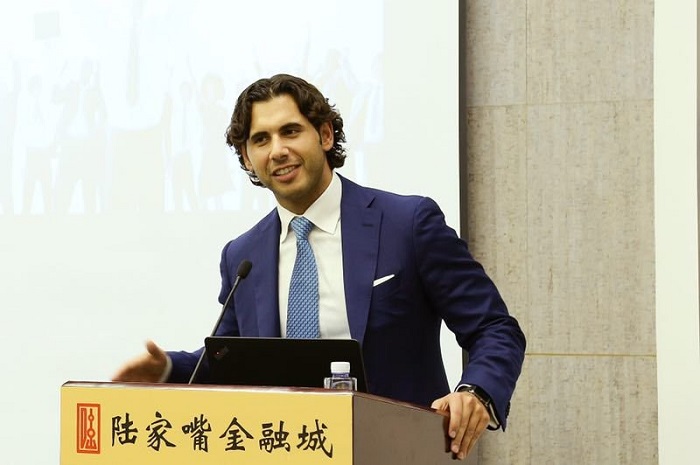 Greek American entrepreneur Christos Marafatsos was chosen to be part of the US delegation led by Ivanka Trump at this year’s Global Entrepreneurship Summit (GES) that took place in Hyderabad, India, on 28-30 November.

Speaking to the Greek Reporter, Marafatsos said that more than 1,000 prominent entrepreneurs from 150 nations attended the important summit.

“Having some of the most brilliant minds in the world under one roof trying to create both public and private collaborations between countries, corporations and individuals was very significant,” he said.

The main theme of the summit was “Women First, Prosperity for All” and focused on supporting women entrepreneurs and fostering economic growth globally.

“With Ivanka Trump leading the delegation from the United States, you can see how symbolic this is for the role of woman as Economic Contributors to the world.

“This was a prime example of the greatest and most powerful country making a statement to the world that it’s time for woman empowerment,” Marafatsos said.

Marafatsos has been named Vice-Chairman to the National Diversity Coalition for Donald Trump and Advisor to the Republican National Committee’s Strategic Initiatives Team.

The Greek American was stunned to discover that there was no official participation from Greece at GES.

“There were only three Greek entrepreneurs, two from Athens and one from Thessaloniki, who took part, sponsored by the US Embassy,” he added.

“It is a shame that Greek entrepreneurship that can excel on the world stage was missing from such an important gathering.”

Marafatsos, President of Washington-based Blue Sky Capital, an investment brokerage and consulting firm, has established a presence in Athens.

He says that Greece offers great opportunities. Not just for business but also because it has an enormous human capital. Educated, intelligent people that can make a contribution not just to their own country but across the world, he said.

He added that with his experience he can help organize a Greek presence in next year’s GES.

“I can commit to sponsoring the Greek team for GSE next year,” says the passionate Greek American.