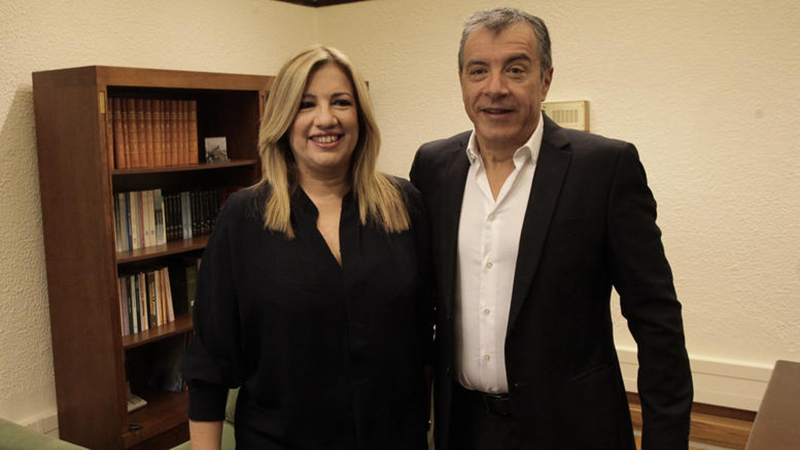 The new centre-left political coalition consisting of PASOK socialists, Potami centrists and various small social-democratic entities is unveiling its name in the coming days.
According to reports, the new name will be “Kinima Allagis” (Movement of Change), a reference to two historic PASOK party slogans from the era of its creator, Andreas Papandreou.
“Kinima” (Movement) is in PASOK‘s name (Panhellenic Socialist Movement), while “Allagi” (Change) was the party’s popular slogan when Andreas Papandreou won consecutive elections in the 1980s.
The coalition‘s two parliamentary party leaders, PASOK‘s Fofi Gennimata and Potami‘s Stavros Theodorakis have agreed on the name, which is to be tabled at the coalition’s birth convention, scheduled for next spring.
According to reports, the new coalition party will be an umbrella under which all political entities that took part in the recent party leader election will be represented.
Until the coalition’s convention, the main parties will be coordinating opposition actions in parliament, starting with a common conference of their respective MPs next Wednesday. Common actions by the two parliamentary groups will be coordinated by a group of four, consisting of the parties’ parliamentary spokespersons and their respective Secretaries.
The new coalition’s open election was conducted earlier this month. On the second round, PASOK leader Fofi Gennimata ran against PASOK MP Nikos Androulakis and won by about 56% of the vote.