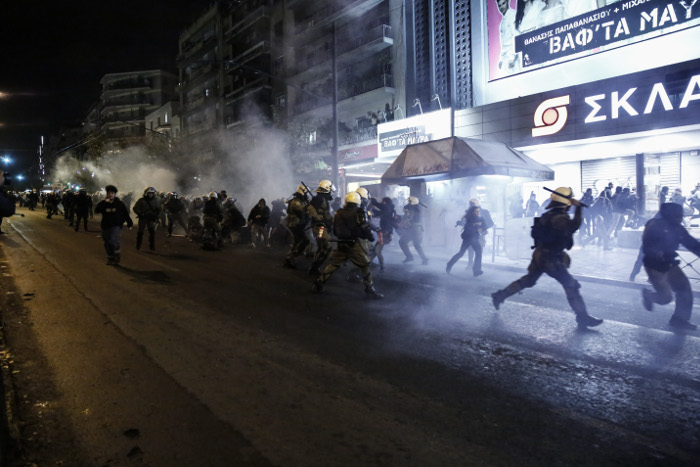 Dozens of anarchists launched a barrage of petrol bomb attacks against the police at the infamous Exarhia area of Athens.
Police responded with tear gas and a number of properties have been damaged.
A woman was hospitalized with burns after being hit in the thigh with a flare.
The clashes erupted immediately after the conclusion of the annual march commemorating the 1973 Polytechnic uprising against the junta.
More than 5,000 police officers deployed in Athens have apparently failed to prevent the riot.
In the last few days security services have expressed concern that this year’s commemorative events would be disrupted by violence.
Violence also broke out in Greece’s second largest city, Thessaloniki, where a motorcycle driver was taken to the hospital after driving into a barricade set up by protesters.

People who have not visited the beautiful Greek island of Lemnos may consider it a  moonscape due to its arid terrain.
Art

A replica of the Charioteer of Delphi, gift of Greece to Qatar, was unveiled at Doha's metro station on Tuesday by the Greek Culture Minister.