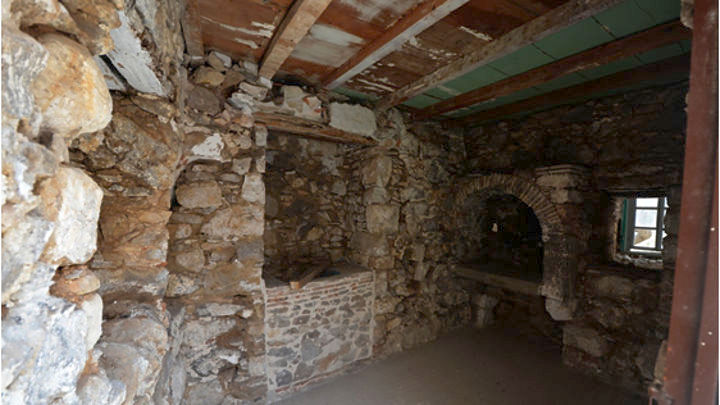 The complex that houses the grotto where tradition says Saint John wrote the Book of Revelation and his Gospel, on the eastern Aegean island of Patmos, has revealed hidden crypts, windows and doors during recent restoration work, according to authorities involved in its reconstruction.
The Cave of the Apocalypse was one of several sections of the Monastery of St. John the Theologian, that underwent reconstruction from 2011 to 2016, that was funded by EU regional development funds for the North Aegean. 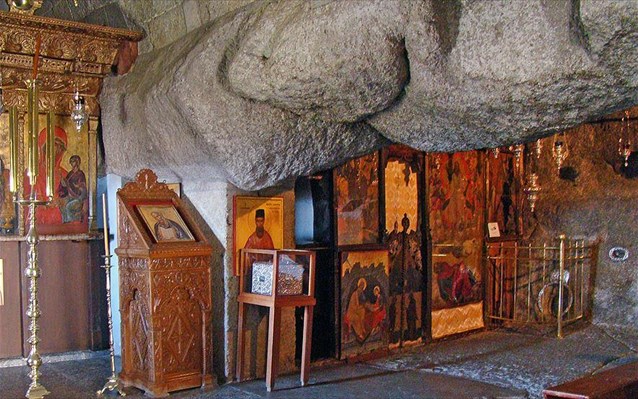 “Our difficulty was putting up scaffolding and restoring a site that is visited by thousands of pilgrims and tourists, while preserving its nature as a site of worship and pilgrimage, in other words, to allow visitors while the restoration is going on,” archaeologist Dina Kefala told the Athens-Macedonian News Agency (ANA).
Supervising architect Panagiotis Chatziioannou said that the process revealed unexpected elements. During the removal of plaster from the main building, for example, restorers discovered many architectural phases windows, doors, unknown crypts that had been built over for some reason.

The monastery complex is architecturally unusual in that it contains several buildings added at different eras – including chapels and monks cells arranged on five levels, all enclosed by a fortress wall. From a distance, the complex looks like an imposing citadel crowning the old Chora, or the city of Patmos.
Both Chatziioannou and Kefala said that the restoration of the complex proved that some parts of it could ostensibly be put to educational use; as a school of Byzantine music or icon painting. An interior staircase, for example, that leads to the grotto separates the complex into two sections. Therefore, the educational section could have its own entrance and exit, without disrupting the monks, the architect said. 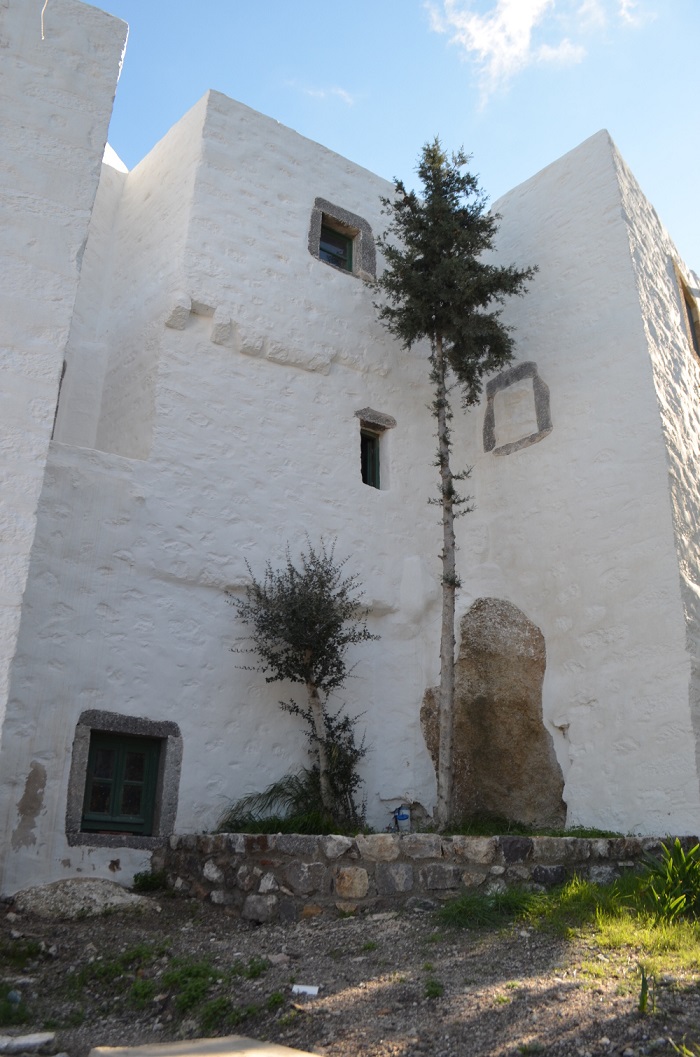 The whole site is included in UNESCO’s World Heritage List. The island is where Saint John traditionally dictated his Gospel and the Apocalypse (Revelation) to a disciple around 95 AD. The monastery was built at the site in 1088 by Hosios Christodoulos Latrinos, and its foundation was part of Byzantine Emperor Alexios I Komnenos’ policy to colonize the islands and create a base in the Aegean.
According to its UNESCO listing, the monastery of St. John the Theologian is a unique creation, integrating monastic values within a fortified enclosure, which has evolved in response to changing political and economic circumstances for over 900 years.
It has the external appearance of a polygonal castle, with towers and crenellations. It is also home to a remarkable collection of manuscripts, icons, and liturgical artwork and other objects.
The earliest elements belong to the 11th century and included are the Katholikon (main church) of the monastery, the Chapel of Panagia (Virgin Mary), and the refectory.
The north and west sides of the courtyard are lined with the white walls of monastic cells, and the south side is formed by the Tzafara, a two-storeyed arcade of 1698 built in dressed stone, while the outer narthex of the Katholikon forms the east side.
The Cave of the Apocalypse is midway along the road that winds steeply up from Skala to Chora, and built around it are small churches, chapels, and monastic cells.
Source: ANA-MPA