GRNews
GreekReporter.comGreek NewsArchaeologyGermany's Occupation of Greece: A Massacre and Some "Beautiful Souvenirs"

Germany's Occupation of Greece: A Massacre and Some "Beautiful Souvenirs" 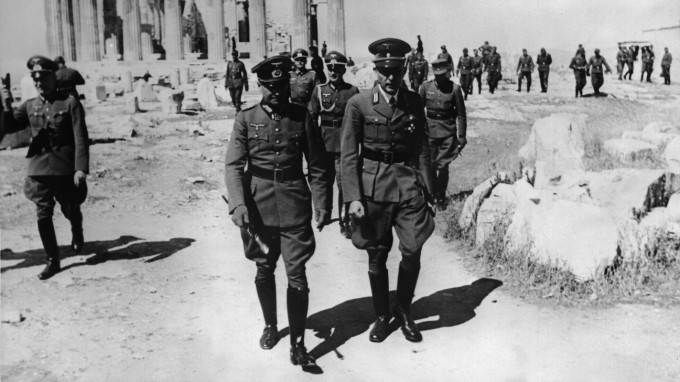 The role of German archaeologists during the occupation in Greece, is being examined by the newspaper Süddeutsche Zeitung in an article published in its cultural inset.
Titled “Massacres and some beautiful souvenirs,” the paper says that recent scientific research is casting serious doubts on earlier attempts by German archaeologists to deny that the occupying army looted ancient Greek antiquities.
“German soldiers looted museums, illegal excavations were carried out, and artifacts were transferred to Germany,” the paper says.
According to Süddeutsche Zeitung, German scientists are trying to shed light on the complex issue of looting, and whenever possible, return the archaeological finds to Greece.
A team of archaeologists is currently compiling a list of “suspicious” artifacts that found its way to Germany during the II World War.
The paper says the German occupying forces apart from massacres, also indulged into looting and thefts.
It notes that in the past German archaeologists tried to beautify the period of occupation.
It cites as an example, a recognized German archaeologist; who in 1950 wrote that almost all thefts were carried out by the British and Italian troops, and that the number of thefts by Germans recorded in a post-war British list, was exaggerated.
German thefts of artifacts were not thefts, but souvenirs, the archaeologist said.
They included oil lamps, pottery, fragments of marbles and mosaics, that everybody in the world longs for even during peace, he noted.

Is it a Cloud or a UFO? Video of Surreal Sight Goes Viral