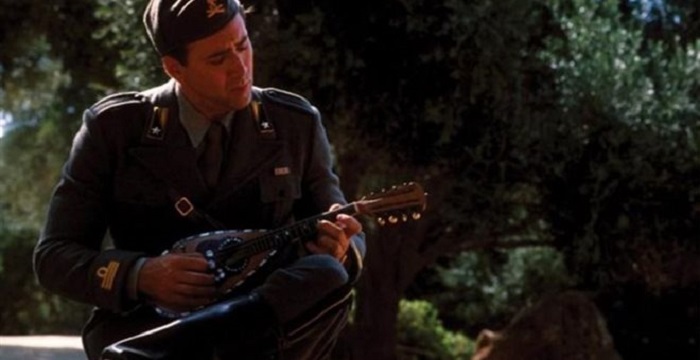 Nicholas Cage had to register as a tambourine player in an amateur gypsy band of the Greek island of Kefalonia, in order to act in the Hollywood blockbuster Captain Corelli’s Mandolin.
This extraordinary story was revealed by reputable Greek director Pantelis Voulgaris, who lamented the bureaucratic obstacles imposed on foreign film productions in Greece.
According to Voulgaris, Nicholas Cage had no work permit that satisfied the requirements of Greek law. Labor inspectors rushed to Kefalonia and threatened to stop the shooting of the movie.
More than 500 actors, technicians and production staff assembled on the island, waited for a solution to be found.
A solution was eventually found to overcome the objections of the labor inspectors, resulting in Nicholas Cage being registered as a tambourine player in a gypsy band that was touring the tavernas and cafes of the island.
“The labor inspectors were satisfied and the problem was solved,” said Voulgaris.
The obstacles faced in Greece by foreign film producers were highlighted by recent decisions to film the follow-up of Mamma Mia in Croatia and Jason Bourne in Tenerife.