When the Greek Government "Invested" in George Papadopoulos (video) 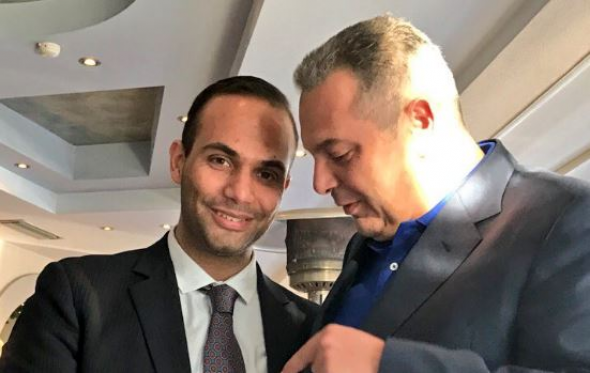 George Papadopoulos has been portrayed by Greece’s media as somebody with great influence in the Trump Presidency.
The 31-year-old George Papadopoulos was a foreign policy advisor in Trump’s campaign, and after President Trump’s inauguration in January, Papadopoulos worked as an independent energy and policy consultant.
Last July the Greek American consultant was arrested in Washington and he has since been cooperating with Special Counsel Robert Mueller on the Russia investigation. On October 5, Papadopoulos pleaded guilty to making a false statement to FBI agents relating to contacts he had with agents of the Russian government, while being part of the Trump campaign.
However, in the glorious days following the Trump victory, for some members of the Greek government and President of the Hellenic Republic Prokopis Pavlopoulos, Papadopoulos  looked like a person close to the new U.S. President who, as a Greek American, would help Greece.
Greece’s Defense Minister Panos Kammenos, right after the November 2016 election, rushed to congratulate Trump while saying how important Papadopoulos’ position in the White House would be, implying a great advantage for Greece. His tweet was characteristic: 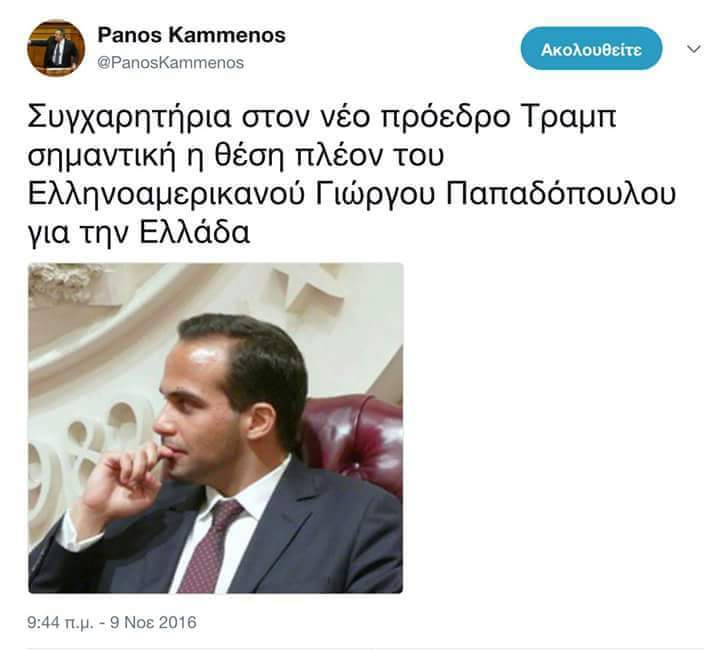 Papadopoulos had played his Greek-American card very well during his stint as Trump’s advisor during the election campaign. During his visits to Greece, or when he was addressing Greek-Americans in the U.S., he was portraying then candidate Trump as a person whose stance towards Greece was friendly and supportive. He was also advising Greeks to not believe everything Trump said during the campaign “because if he used conventional rhetoric he would not be able to beat Hillary Clinton.”
In one of his visits to Greece in 2016, in the capacity of Trump campaign advisor, Papadopoulos managed to arrange a meeting with President of the Hellenic Republic Prokopis Pavlopoulos, who invited him in the presidential mansion. Pavlopoulos received Papadopoulos as a person who would potentially help Greece, if Trump was elected. 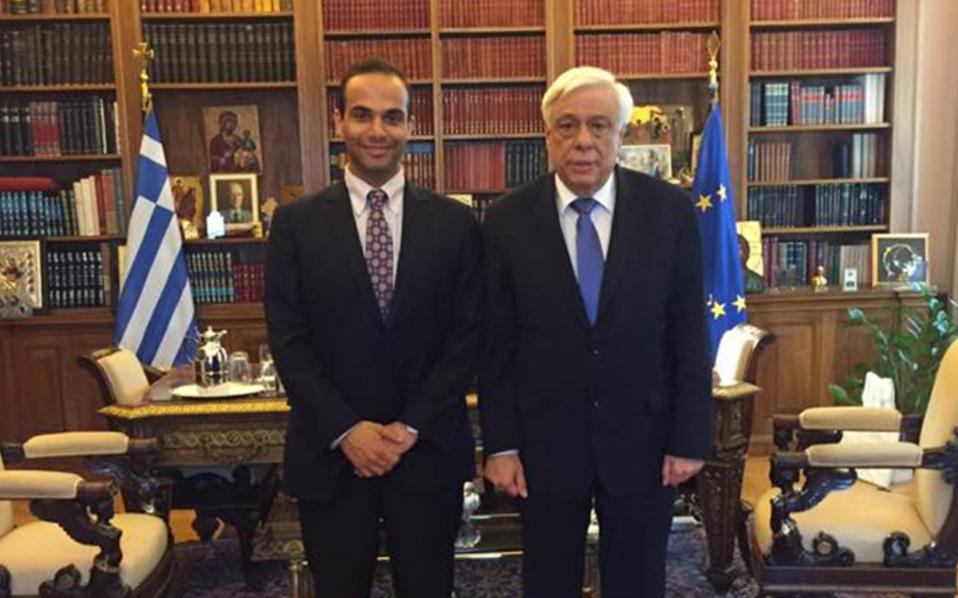 In December 2016, Papadopoulos was in Greece again. This time he presented himself as representing the U.S. President. The Greek defense minister met with him again, unofficially this time. On his part, Kammenos presented Papadopoulos as a Trump official associate, which was not the case at the time according to the White House.
Nevertheless, Papadopoulos claimed that he was influencing Washington on the importance of Greece’s geopolitical role in the Mediterranean, on the issues of security and energy.
Kammenos went as far as saying that Papadopoulos is “a close associate of President Trump” and spoke “on behalf of President Trump” on the above issues. 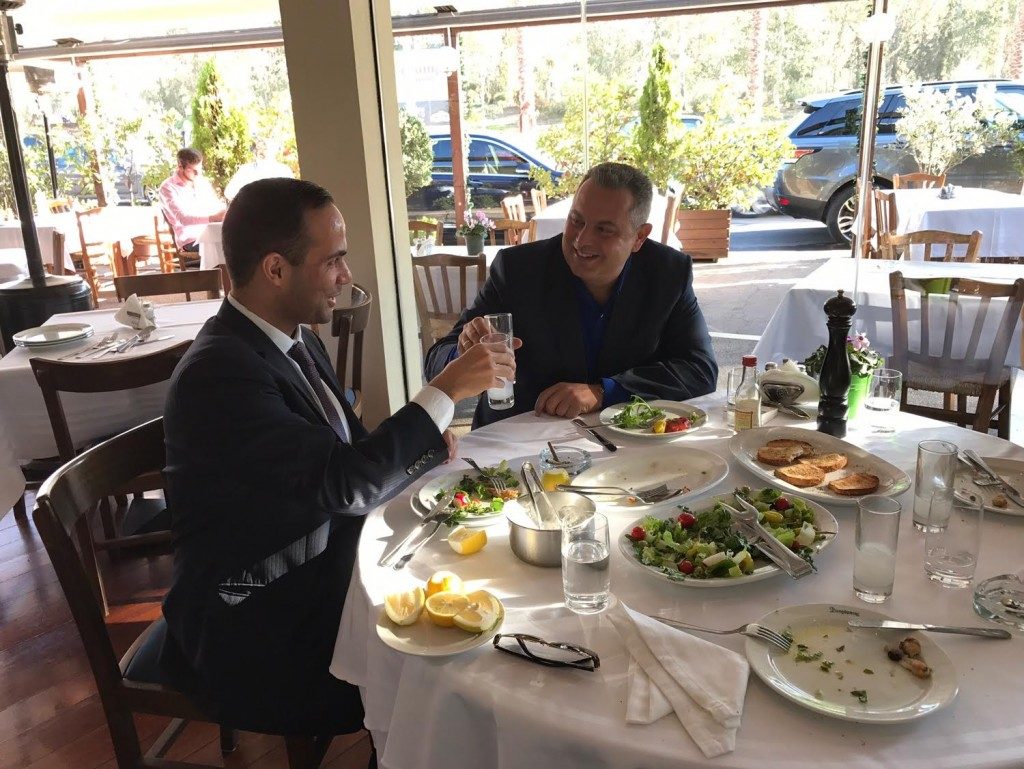